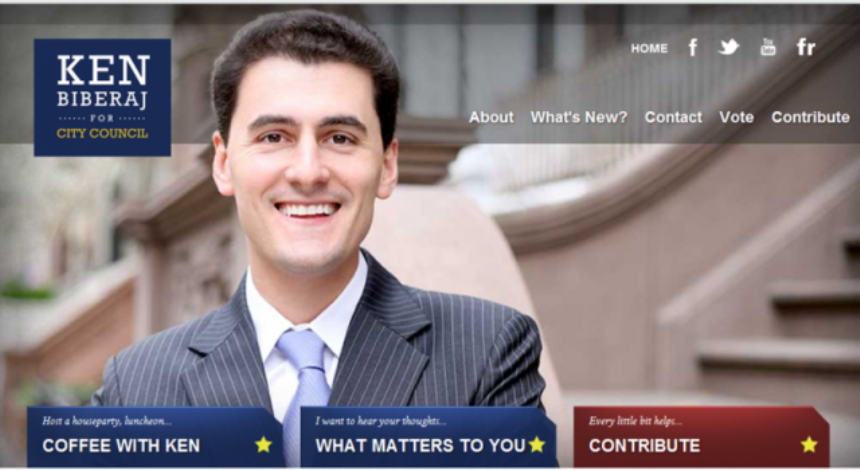 There are only four days of campaigning left for those who are running for city offices, this year. One of them is Ken Biberaj, who could be the first Albanian-American member of the New York City Council.

Ken is a formidable candidate, but he is facing a tough competition from people with strong connections and endorsements who are used to win races by using a small regiment of party and union militants. That is not what democracy is about. It is for the people of New York to decide for themselves and stop the business-as-usual politics.

In the coming days, Ken will need all the help that he can get. You can volunteer by participating in phone banking to remind people to vote for Ken or by raising the visibility of Ken’s campaign presence on the streets- near subway stations, grocery stores, etc. Many Upper West Siders have yet to decide. Other may forget due to a hectic time in their year. Others love Ken, but lack the habit of voting. We can fix all that. Many locals are volunteering to help Ken. But Albanian-Americans have a lot of potential to help as well.

Show up if you can! Join the forces, not only because of his background, but because he is a great candidate and he would be the best choice for the Upper West Side and the City. Let’s help him make us all proud. This is one of those historic races that you will be talking about for years to come. Electing Ken to the City Council will make history. You will proudly say that you were there and help to make it happen.

Click here to help Ken make history and you’ll feel proud about it for many years to come – Fill this form http://tinyurl.com/nrjgtlh

Contact Mediha Kosovrasti, campaign by calling 609-954-5381 or by [email protected]
Hurry up for the time is slipping away.
Yes we Ken!