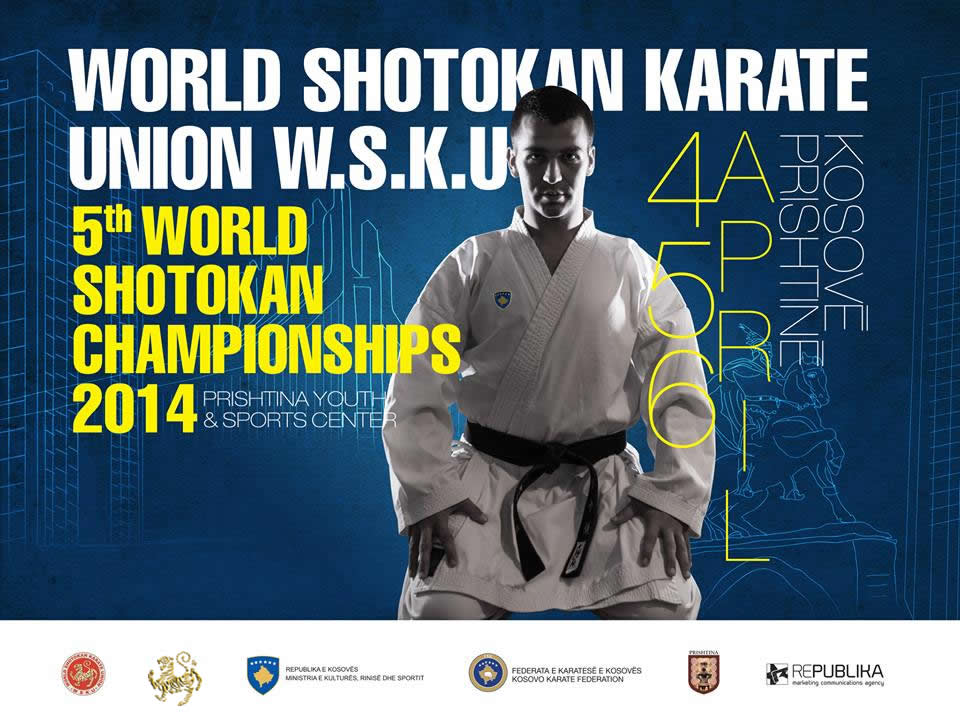 The world visits Kosovo for the 5th World Shotokan Karate Union Championship (WSKU) that is being held in the capital city Prishtina from April 4-6th, 2014.

The Championship is being held in the WKF Individual kumite category as well as WSKU Shotokan Kata and Shonu Ippon Kumite team and individual categories. According to the organizers of the event, there are around seven hundred participants from forty-five countries represented during this championship.