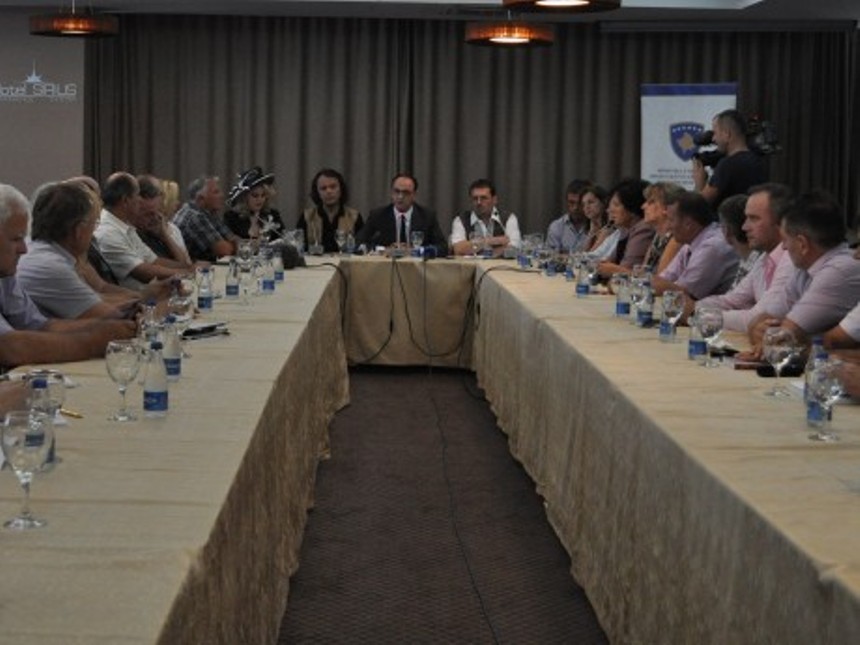 Successes and Challenges of Albanian Authors in Diaspora

The conference Successes and Challenges of Albanian Authors in the Diaspora was held on August 5th 2013, in the presence of many artists within the diaspora network. Associations of writers and artists hailing from Germany, Austria, Sweden, Switzerland, Norway, England, France, Italy, among other countries attended the conference, which was held in the traditional manifestation of Days of Diaspora.

This conference, held to coordinate joint diaspora and local activities, issued a statement regarding the establishment of the Union of Albanian Artists in the Diaspora. The Diaspora Minister, Ibrahim Makolli, who took part in the writers and poets of the diaspora meeting, stated, “It is our historic destiny that many of our authors work and operate in the diaspora. In this case, you should not feel self-excluded. Instead, attempt to connect further with each other, in order to connect your culture and creativity.”

Mr. Makolli continued by asserting, “I congratulate you for your efforts and the great contribution you give to preserve the language, literature, and culture around the world.” Meanwhile, representatives of associations of writers and artists throughout Europe thanked the Ministry of Diaspora, suggesting that similar events be organized more often.

To conclude the conference, a joint statement, “The association of Albanian artists in the diaspora, after this activity and considering the circumstances and need for mutual coordination to be unified, willingly forms the League of Albanian Artists in the Diaspora.” It was decided to establish the leadership work, which will consist of representatives of each association. Furthermore, the founding members will start preparing for the next assembly, which will elect the President of the League, as well as other organs.

The activity of diaspora authors continues with the Fair and Books Promotion of Authors from the Diaspora.