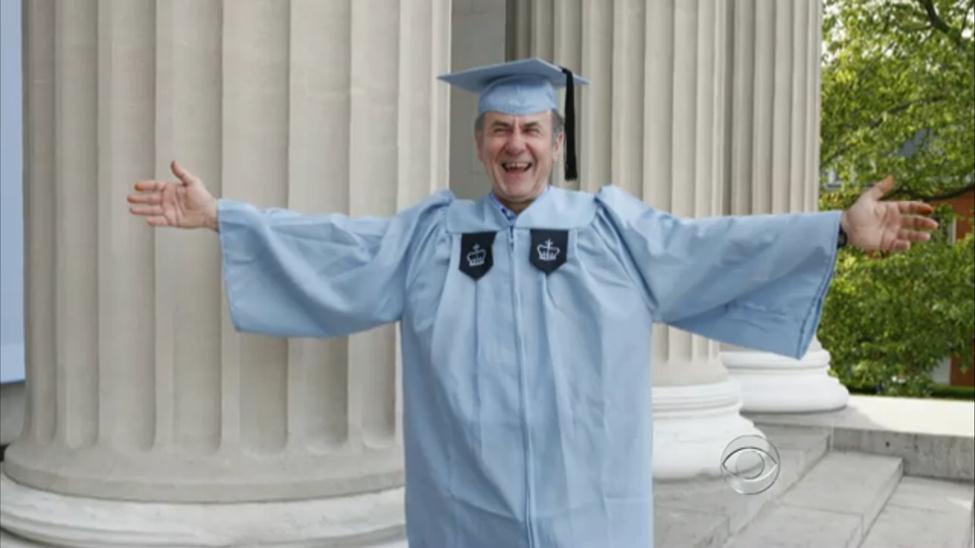 It’s graduation season, and though every grad has traveled a unique personal path to his or her diploma, few have a story to match Gac Filipaj.

Filipaj’s country of birth – Yugoslavia – was a killing field in 1992 with civil war, ethnic cleansing. Filipaj could either fight for a cause he did not believe in or flee.

He escaped to New York. He chose it not just as refuge but as renaissance.

Filipaj started at the bottom, cleaning bathrooms. But these were Ivy League bathrooms. He chose a janitor’s job at Columbia University because it came with 14 free credit hours a year.

“I do believe that education, a good education, is very important not only for individuals themselves but for society as a whole,” Filipaj said.

First Filipaj had to learn English. With his fulltime job it took 7 years. Then he enrolled in Columbia’s classics program, studying Greek and Latin by day, scrubbing toilets by night.

“He is a remarkable human being,” said Gareth Williams, who supervised Filipaj’s thesis on the Roman philosopher Seneca.

The professor saw a man dedicated to knowledge.

Another 12 years of work-study led to this moment, not just a crowning but also a passage. Filipaj plans to get a Masters, even a PhD. One day he hopes to teach.

“There is a saying that Seneca said: ‘While you teach, you learn,'” Filipaj said.

With 19 years of learning behind him, Gac Filipaj, 52, graduated from Columbia University on Sunday, with honors.