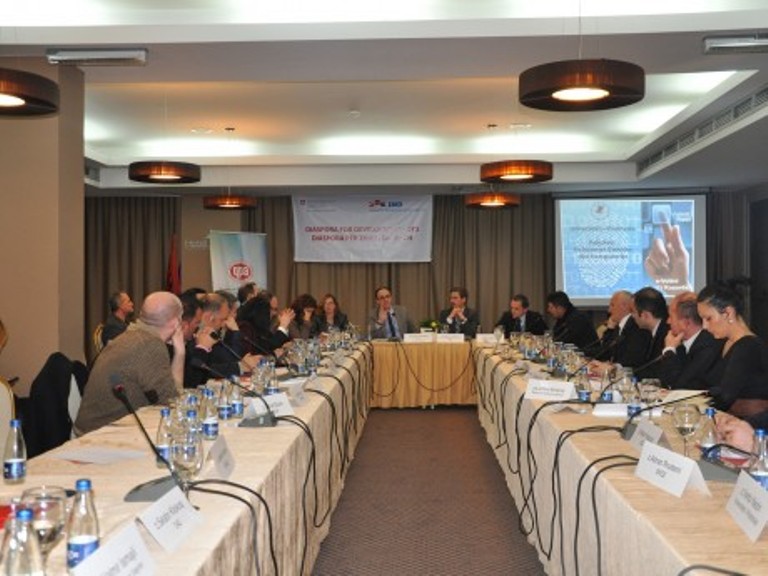 Diaspora Seminar in Prishtina: Bringing the Diaspora closer to home

On March 29th and 30th, Diaspora for Development held a conference in Pristina about the Diaspora-representation in decision-making processes. The second meeting was held in order to discuss options for improving information flows and communication between the Diaspora and Kosovo, the home country.

These two days served to deepen the debate between the Kosovo society, local institutions, including the Kosovo government, its legislation and media. The goal was to find better ways of representing the Diaspora in decision-making processes in Kosovo, both on a local and national level.

The Institute for Management and Development (IMD) instructed the Kosovar Agency of Professional Journalists ( AGPK) and Albinfo (Information portal of the Kosovo Diaspora in Switzerland) to conduct the study “Improving communication and information flows between Kosovo and its Diaspora”. The AGKP analyzed the formal and informal communication channels between Kosovo and the Diaspora. It also prepared a presentation on how other countries communicate with their diaspora.

About 40 people joined the conference on March 29. Albinfo.ch, Tung.ch, Alba Radio (Switzerland), Gjiganti.com and others represented the Diaspora. A representative of the Ministry of Diaspora was there as well, including the media such as the RTK, RTV 21, Bota Sot, Zeri.

The results of this study were presented in the seminar, which took place the following day on March 30. 55 People took part in the seminar: Diaspora members such as the Albanian members of parliament in Switzerland Ylfete Fanaj, representatives from Belgium, Finland, Turkey, the United States, and others. The Minister of the Ministry of Diaspora was present, and representatives of various Kosovo political parties (PDK, AAK, AKR, Vetevendosje). Relevant institutions, such as non-governmental organizations were there as well.

As a result of the meetings all parties will work on establishing the Diaspora as a powerful element for decision-making processes in Kosovo. The parties agreed that the Kosovo Diaspora needs a greater number of representatives in Kosovo’s parliament. These representatives, who will also be representatives of Kosovo minorities, will enjoy reserved seats. Hence, taking part in elections is an equally important aspect of Kosovo’s relationship with its large Diaspora. It also became clear that, within the framework of constitutional amendments, the Diaspora’s role in Kosovo’s parliament needs to be defined in more detail.

Conclusions and Recommendations (Click here to see longer version of the results).

Those information were provided by Diaspora for Development; particularly by Elbasan Morina and Rudina Heroi. The article was prepared by Albina Makolli.