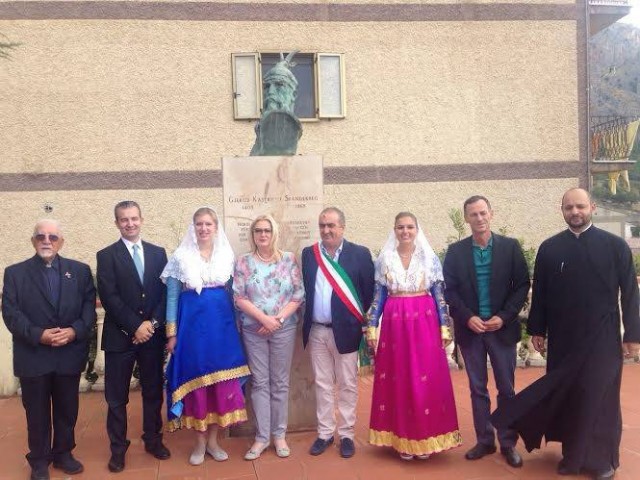 A Visit to Our Earliest Diaspora Settlements

Mrs. Edita Tahiri from the government of Kosovo and official representatives from the Albanian government are visiting the communities of Arbëresh people in Southern Italy. The visit has been a response to the invitation by the Arbëresh Church of Calabria and the pan-Albanian library of “Antonio Belushi”.

The Arbëresh  people are a community settled mainly in Southern Italy and Argentina. The earliest records note the fist waves of migration between 15th and 18th century resulted  as a response to the Ottoman conquest of the Balkans. The Arbëresh are known in the region for cultural perseverance, from language to gastronomy, the Arbëresh still maintain their Albanian roots. 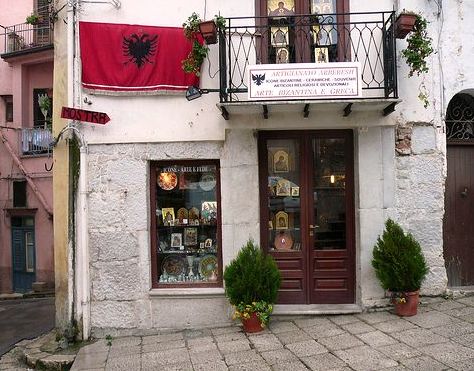 Piana degli Albanesi (Albanian: Hora e Arbëreshëvet) is a comune with 6,218 inhabitants in the Province of Palermo, Sicily. The town is the most important and populous Albanian (Arbëreshë) settlement in Sicily and it is the episcopal see of the Italo-Albanian Byzantine Church that, after five centuries from its foundation, wholly preserves its ethnic-linguistic identity – Source Wikipedia

Mr. Tahiri held a speech upon which she congratulated the Arbëresh for their courage and perseverance through the time. “The Arberesh of Italy are without a doubt the strongest part of the Albanian nation. Despite five centuries and hardships, you have still kept the language and tradition alive!”.

The Arbëresh have over the years given great contribution ranging from arts to science, most notably, the Arbëresh have given the Albanian literature the great Jeronim De Rada. The works of De Rada are considered as gems of the romantic movement and national awakening initiative within the Albanian culture.

For more, have a look at an annual ritual of the Arbëresh paying tribute to Scanderbeg.