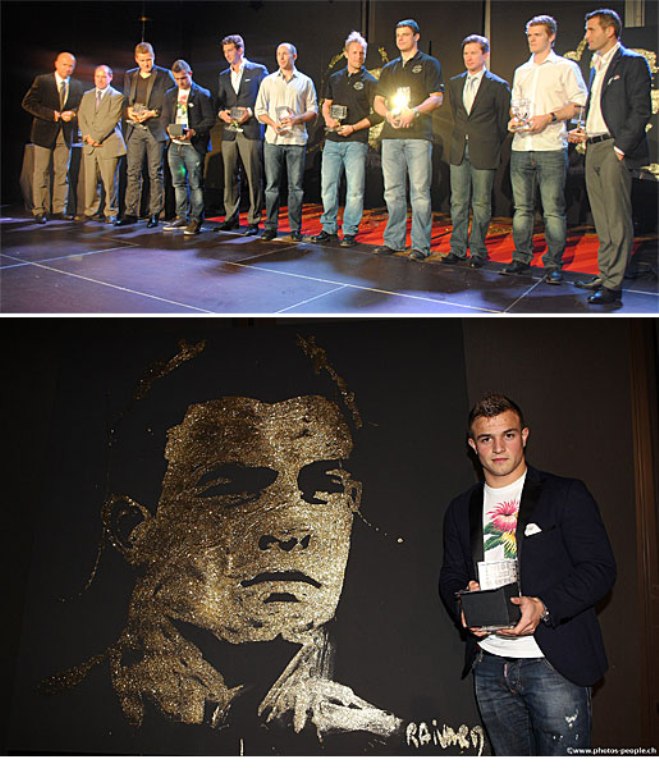 The Swiss professional footballers’ association SAFP handed out its Swiss Golden Player Awards 2011. Xherdan Shaqiri is the youngest winner ever of this Best Player Award.

All professional footballers in Switzerland (first and second division) were asked to participate in the election for the Golden Player Awards for the 2010/2011 season.

In the 2010/2011 season, his second full season as a professional footballer, Shaqiri established himself as a real force in the Swiss Super League. The left footed midfielder helped FC Basel 1893 repeat as Swiss champions, playing 29 games and scoring 5 goals for the club he already joined in 2001.

Shaqiri became a regular in the Swiss national team. In total the twenty-year old midfielder has made 17 appearances for the Swiss team, scoring 4 goals. Shaqiri helped Switzerland’s U-21 team qualify for the 2012 Olympic Games in London.