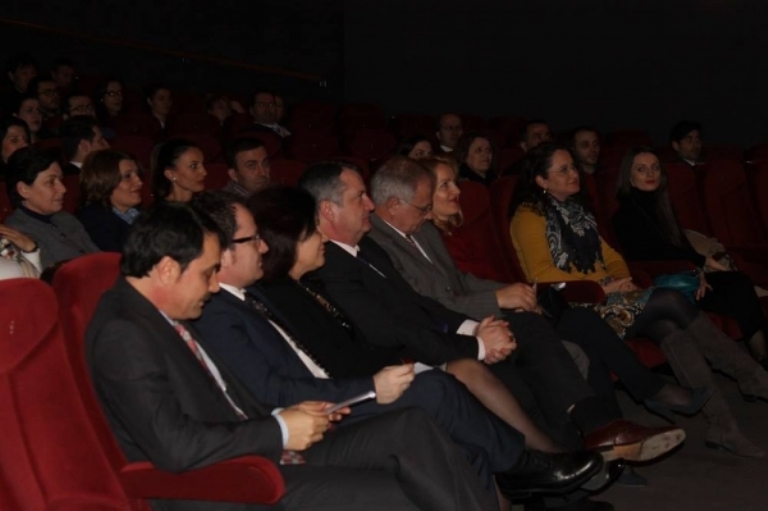 The Kosovo embassy in Austria had chosen movies from Kosovar producers to mark the 6th year of Independence. The audience had the chance to greet Mr. Blerim Canaj, the head of the embassy, who welcomed  audience to a cultural evening with movies from internationally acclaimed producers of Kosovar origin.

“Tonight, we have decided to present different themes, themes that explore various areas of life, social and war time and post war time events.” said Mr. Canaj in his speech.

This evening had brought together ambassadors of many countries, among which were representatives of countries that have yet not recognized Kosovo, people from civil society and Austrian state representatives.