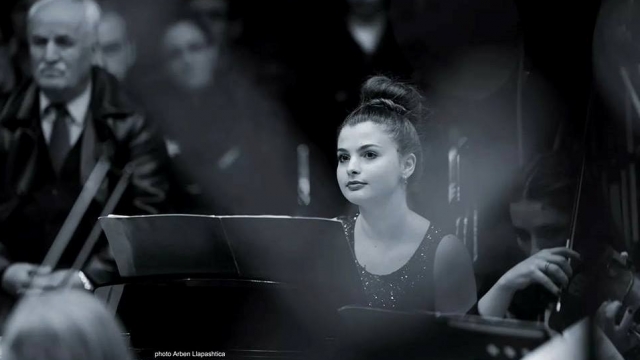 After receiving the “Young Pianist” award, Fatjona Maliqi (born on July 26, 1996 in  Gjilan, Kosovo) has been set on a path to success. Professor and German pianist Heribert Koch, who at the time had been the president of the jury, invited Fatjona to Germany to practice her piano. The numerous hours of learning spent with Mr. Koch, would later prove helpful in mastering the piano throughout different concerts.

Last year’s October was busy for Fatojna Maliqi, with two concerts and orchestra based on the works of American composer George Gershwin. Furthermore, Ms. Maliqi took part in “Rhapsody in Blue” held in Germany, where a warm acceptance from the audience has given the young pianist a great thrill. AACHENER-Zeitung described Fatjona Maliqi’s performance as “strongly applauded, where the audience had requested her return to the stage several times.”

The original article was published in KOHA net: http://bit.ly/1IC37n1