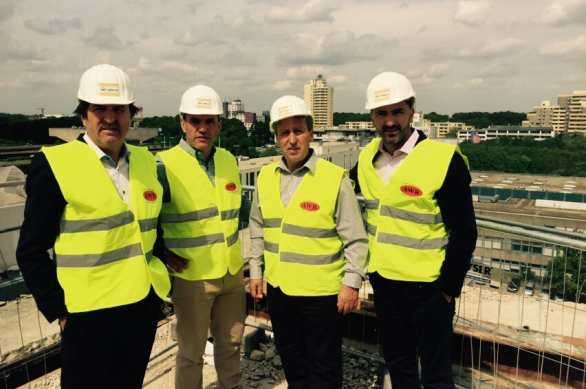 The immigration influx of the 1990’s brought a great number of young Kosovars with ideas and ambitions  to Germany. With lawmakers seeing these changes in a positive light, legal barriers to business-doing were quickly removed ,thus enabling businesses to utilize such potential. These changes offered the opportunity for the Viqa brothers to open up their own business.When brothers Nazmi, Gani and Viqa Ilmi came to Germany in 1992, they brought with them a ambition and determination to work. Established in 1994, they established the  AWR Company and initially started with works on ruined structures, reconstruction and recycling.Through work and great discipline, as well as high quality services, the company expanded to all projects in Germany, winning bids from different companies and German institutions. Their large presence in various industrial complexes, airports and numerous workshops in the meantime shows that AWR is among the leading companies in this sector in the whole of Germany. One of the most prestigious projects of the company was breaking 116-meter building at the University of Frankfurt , which was once the tallest building in Frankfurt. About 30,000 people were gathered last year to see this spectacle, which was conducted with high professionalism of the team’s AWR.

The number of diaspora businesses in Germany is yet to be known, however there have been steps taken towards creating a database and information log, in particular, the establishment of the Union of Kosovo-German businesses in Cologne in October 2013 marks the starting point of a serious attempt at networking the diaspora based businesses in Germany.The Kosovo-German business union has set up regular meetings with Albanian businesses, visiting the in cities where they work, but also their workshops. These meetings serve to share information of general developments, but also for any current project.

AWR GmbH Company is a good example of success and shows that hard work and courage to invest in the realization of ideas pays off.