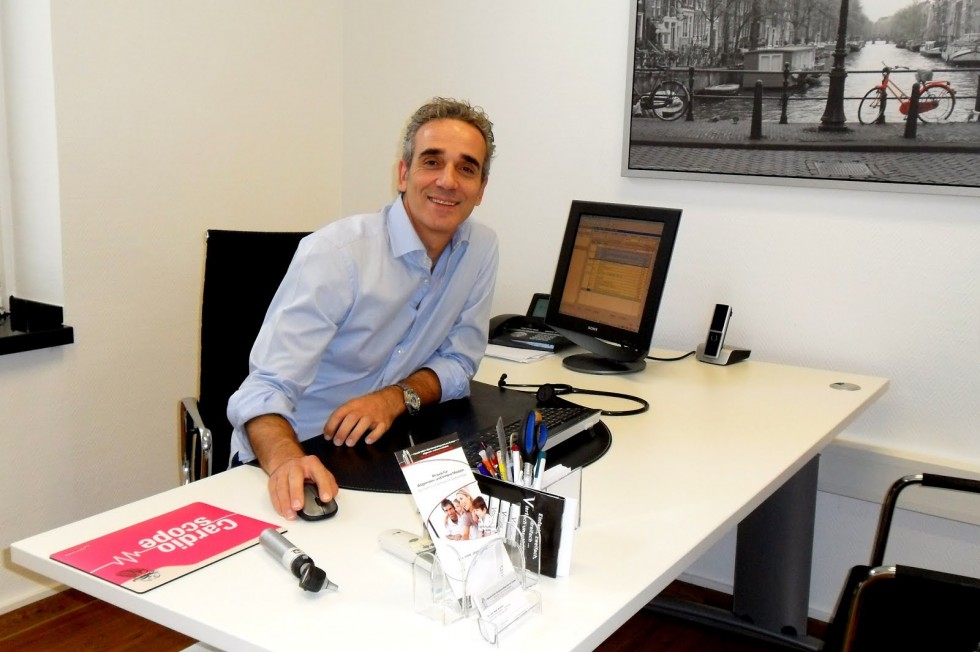 Being a successful doctor in Germany: Beqir Brahimi works to give back to Kosovo

The native-born Kosovo-Albanian, Dr. Beqir Brahimi, has now been living  in Germany for 28 years. He created his own niche of a German-Albanian world, in which he brings together the best from both sides. It has always been his dream to become a doctor.  It all started in 1984 when he came to Germany to visit his parents. In a very short time, he learned German, studied medicine, and made his dream come true.

Dr.  Beqir Brahimi’s parents went to Germany way before him.  His father had decided to pursue his work as an engineer. In the summer of 1984, Dr. Brahimi started to take German language courses at the Institute for German philology, in order to get prepared for his actual goal: studying medicine. He explains that back then, he had better chances to study in Germany than in Kosovo.

In a year’s time,  Dr. Brahimi enrolled at the Heinrich-Heine Institute in Dusseldorf  to pursue his studies in medicine, where he also received his Doctor in Medicine degree . Hi specialization and academic work  was focused on the prognostic meaning of the tumor-volume of osteosarcoma at the upper arm (In German: Die prognostische Bedeutung des Tumorvolumens beim Osteosarkom des Oberarmes). Dr. Brahimi specialized in the area of emergency medicine, diabetology and nutritional medicine. Since 2003,  he has been running a joint clinic together with his colleague Dr. med. Jörg-Rainer Cloß in Kempen, Germany.  He works there as an internist and diabetologist and he leads the department that focuses on diabetology.

I asked him whether he misses Kosovo, and whether he identifies with being German or Albanian. Dr. Brahimi smiled, and answered shortly: “Of course I miss Kosovo!”  He continues to talk about his identity. “If you have been living for almost 30 years in a country, then you establish the positive sides of both cultures in your life. I embraced a mix of my own mentality and the German mentality. I do not lead a typical German life, nor a typical Albanian  life. I’d rather call it ‘modern European one.’”

The next question referred to the role Diaspora. I wanted to know what he thought about the Kosovo Diaspora, and how he feels about being a part of it. “I want to get involved in improving the health system in Kosovo”, he said without any hesitation. With motivation, Dr. Brahimi continues to say that he is interested in developing the health system in the country, so that health treatments can be offered with European standards.

He believes that  “structure and coordination is  missing in Kosovo’s health system.” He believes that  his colleagues in Kosovo require the appropriate training at local and national universities. “Of course, it is good to go abroad, but it should be equally possible to get a European-standard education on a national level.” Since Dr. Brahimi specialized in diabetology, he has great interest in improving diabetic-related provisions in Kosovo, so that an adequate treatment can be offered.

“Collaboration and communication between the government and the Diaspora leaves much to be desired”, Brahimi continues. “The Diaspora should be strongly integrated, so that more European structures can be incorporated. Maybe through something like a Diaspora-Network”.

Dr. Brahimi thinks that there have always been good relations between the Diaspora and Kosovo, but it it necessary to intensify the relations and elaborate on the existing relations of both parties. Therewith, he affiliates with the opinion of Kosovo’s current Minister of Diaspora, Ibrahim Makolli. Makolli calls for reserving 3 to 5 seats for the Diaspora in the Kosovo Parliament. Dr. Brahimi adds that one should get to know much more about the Diaspora’s capacities, so that one can use it for building structures and institutions in the country.

Dr. Brahimi gets back to the subject of diabetes and says that there are no specific statistics about how many people in Kosovo suffer from the disease.He would be interested in “building a qualified team, which in the name of the government would be doing a Diabetes-Screening. That way, those people could get  adequate treatment”.

Dr. Beqir Brahimi finds that his life takes place between both countries. He cannot give up his existence in Germany, but he does not want to abandon Kosovo either. “I care much about my country, that’s why I want to give my best”. In 1998, Dr. Brahimi flew over to Kosovo, together with a humanitarian organization from Berlin. They stayed in the north of Kosovo and provided for those wounded during the war. After Kosovo’s independence, he wants to remain active and continue contributing to his native country. Hence, he ends the interview with “We need Kosovo, and Kosovo needs us”.