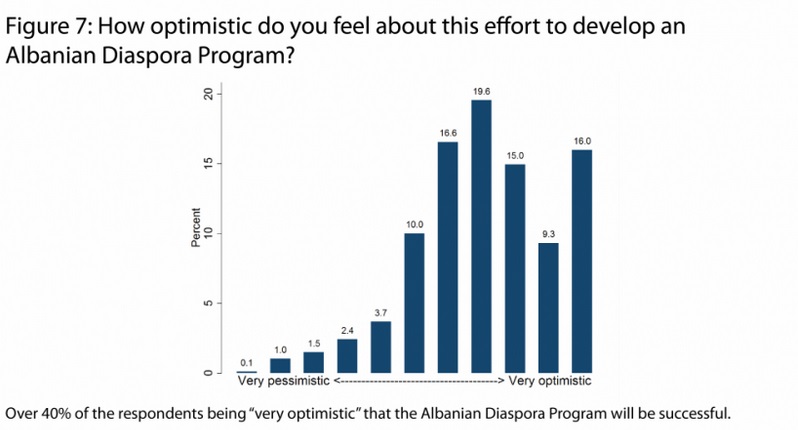 The Main Findings were:

To quote from the executive summary of the survey:

“The survey results paint a very favorable picture of the Albanian-American Diaspora’s willingness, ability, and commitment to be engaged in an Albanian Diaspora Program. There are several hundred highly educated individuals from a variety of backgrounds who would like to be engaged in professional and educational exchange, investment, and business development. The survey respondents optimistically demonstrate that they can be a positive force for change and economic development in their home countries.

There are significant concerns, however, that the resources and commitment in the home countries are too limited, and might well impede a successful Albanian Diaspora Program. Meetings planned for this spring and beyond between the Diaspora and the government counterparts should help us understand the extent to which these limitations are real and the extent to which there is political will and potential to overcome them. It is quite possible therefore that the initial focus of the Albanian Diaspora Program should be on institutional strengthening of the countries of origin in Southeastern Europe.”