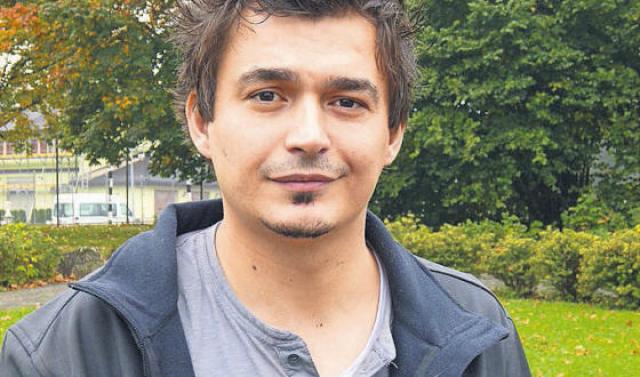 In next year’s Eurovision, we may witness Albanian singers representing countries other than Albania, as well. Shqipton Rexha, a 32 year old singer/writer and his friend and colleague Dave Fryman have a mutual goal: they want to shout and sing as the voices of Switzerland in the Eurosong contest.

Originally from Kosovo, Shqipton started school in Switzerland after his family fled their country due to their political beliefs. He became a well known artist and songwriter in the eastern part of Switzerland through his ‘slam-poet’ works published in German. For his talents, Shqipton was awarded the promoting award of St. Gallen.

While chasing his dreams of being an Albanian-rooted young poet, Shqipton has held many different jobs, including his current one as a cook, and his ongoing one as a father of two. Nevertheless, his persistence in pursuing his dreams might lead him all the way to Eurosong.

“Other artists have more finances than we do, so they can produce and promote their creations,” Shqipton told St. Gallen Tagblatt. However, he feels optimistic that with the support of his friends and family, he will have a chance to shine, too.

On the other hand, Shqipton and Dave will need a big helping hand from their fans, since the voting for the selection of artists who will be part of the national Swiss festival for Eurosong, will be online in the next few months. Thus, other than wishing them luck, we want you to participate with your votes, when the time comes.