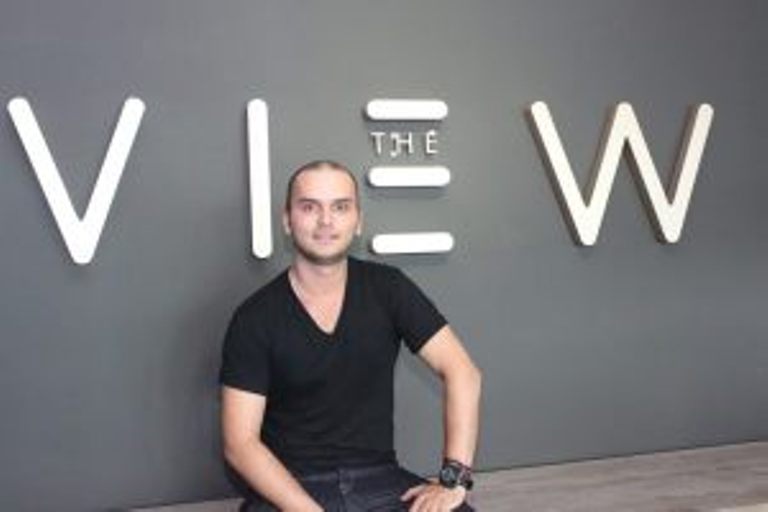 Dardan Hajdaj: manager of the new noble club “The View” in Switzerland

By the end of September ‘The View’ in Winterthur will open its doors to the public with a noble and fine party atmosphere. The club aims to score with furniture designed by Paul Smith and an expensive sound system.

With a 300.000 Swiss Franc sound system and a spectacular view over Winterthur, the club alongside with its Paul Smith furniture is expected to open its doors to party from the 28th of September. Located on the 7th floor of the “Claudia House of Sound” building in Töss, the club seeks to offer an atmosphere yet to be experienced in Winterthur.

The interior design is indeed noble but it won’t be a club for the elite only, but for the whole region, assures  the manager.

“The View” is being financed by ‘Royal Döner’, the biggest Döner production in Switzerland. With an investment of more than a 1 million Swiss Francs, the manager plans to book national and international Djs. People are allowed to enter the club from 21 years onwards, it offers space for about 250 people and will be opened on Tuesdays, Thursdays, Fridays and Saturdays. During the week, however, The View will only function as a lounge and bar, and thus, entrance will be allowed from 6pm onwards.

Independently from The View, Royal Döner plans to open up a new restaurant in the same building. It is planned to be opened around November and during party nights at “The View” the restaurant will provide snacks. It has still not been decided whether the restaurant will put Döner on the menu or not.