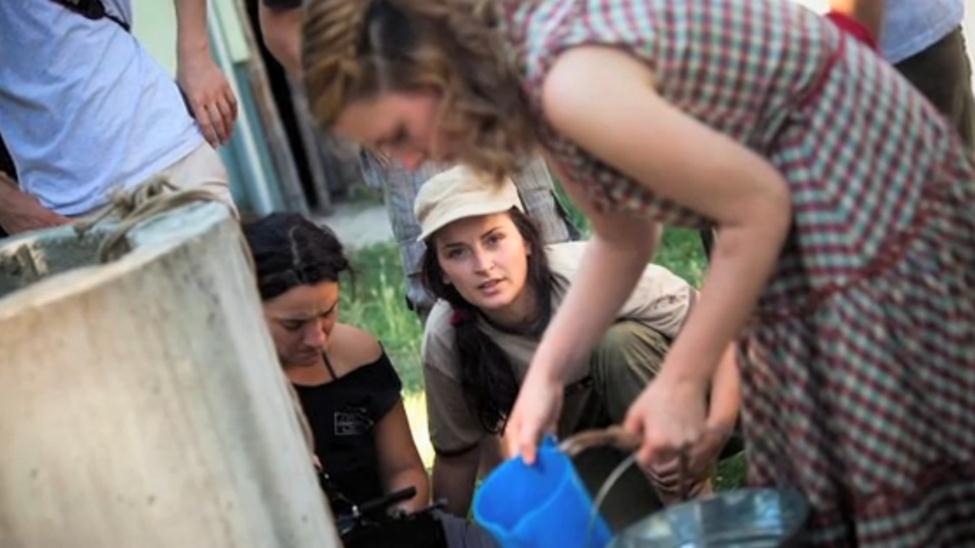 Song to Save a Child: A war story turned into a short movie by Kosovo writer/director

Kosovar American Writer/Director, Antoneta Kastrati, has embarked on the production of a short film based on her experiences and personal reflections during the Kosovo war. 14 years after the Kosovo War, a young woman tracks down the man responsible for her mother’s death, and pays him a surprise visit.

Song to Save a Child is a short film drawn from my experiences and reflections during the Kosovo war. It is a story about a young Kosovar woman, the sole survivor of a massacre, who 14 years after the war tracks down the killer and travels to Serbia to find out the story behind her mother’s death and the puzzle that ultimately led to her own survival.

The film deals with the survivor’s journey, the need to understand and come to closure with the past. It is an exploration into the meaning of justice, revenge and nationalism from a survivor’s perspective. The story ultimately is dedicated to mothers who, during armed conflict, are stripped of dignity and more important, their ability to protect their children.

After many years of working as a documentary filmmaker in Kosovo, I moved to Los Angeles in 2009.  I have recently been accepted into the AFI Directing Workshop for Women.  I am one of 8 women accepted from hundreds of applicants all around the US.  AFI’s Directing Workshop for Women is an incredible tuition-free program that provides emerging female filmmakers professional training and support in making a short film.  My shoot is scheduled for July 25th.  I plan to complete the film by the end of 2012.