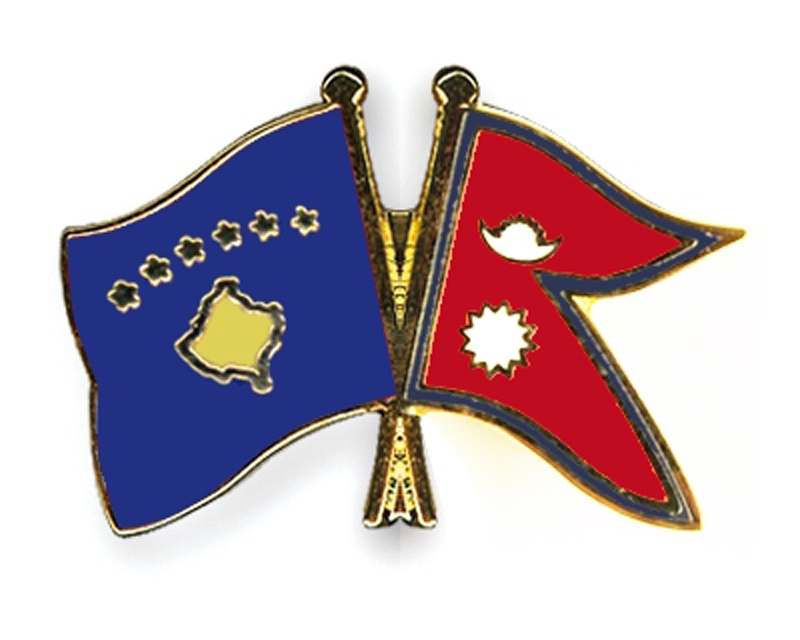 From Nepal to Kosovo: A Call for Friendship and Mutual Recognition

Nepal and Kosovo are both small landlocked countries surrounded by bigger neighbors and both states are pursuing their efforts to uplift the lives of their populations. Yet, it would be unlikely that a Nepalese citizen would know much about Kosovo and I dare say, it would be the same the other way around.  Despite the limited contact between Nepalese and Kosovars, we are bound by our strong sense of identity in a neighborhood of bigger states.

In today’s world, education has become a tool to further one’s career prospects. But I am a firm believer that most of one’s education happens outside of the classroom.  As a citizen of Nepal, a landlocked country located in the high Himalayan Mountains of South Asia, I have been fortunate to have friends from all corners of the globe, who have continually nurtured as well as challenged my world views.

One such person is a dear friend that I met in college, who happened to be from Kosovo.

Her enthusiasm as well as resolve for the future of her newly independent country was obvious the very moment I met her. She wanted to know why Nepal has not recognized Kosovo. She wanted me to recognize her newborn country. She wants Nepal to do so. This friend of mine brought to light the challenges and the parallels of the hurdles that both of our countries have to face. Her determination has inspired me to write this piece, as I understand that despite being from countries located in different corners of the world, we have many shared experiences that help strengthen our bonds as a people.

Nepal became a unified kingdom in 1768 and it has remained an independent state ever since. It was one of the few countries in Asia that was never colonized, and that is something Nepalis are fiercely proud of. The sense of “Nepaliness” has derived from our joint struggle to remain independent from the mighty Qing Empire in the north and the British East India Company to the south. Despite our diversity in ethnicity, religion, and tribe, Nepalis across the world rejoice in our motherland that has remained free of foreign rule since its beginning in 1768.

This sense of Nepaliness should be enough to convince any Nepalese citizen of the need to recognize similar aspirations of people from Kosovo, yet the Nepalese government has failed to act on it due to domestic issues pertaining to our own issues with a federal set-up that was proposed since the toppling of the monarchy in 2008. There is fear that there might be separatist activities within Nepal if ethnicity based federalism is approved; this fear is enough for the government to stay away from recognizing newly formed states. The rationale used is that if the government can recognize other newly formed states and consider the aspirations of those who want to be independent, the same could be used against the Nepali government if domestic demands arise.

Despite our domestic grievances concerned with state restructuring, it does not make sense to deprive recognition to another state that is attempting to consolidate its own statehood and identity. In the same way Nepal is reconfiguring and consolidating its own sense of identity, it would be unjust to deny the same to Kosovo. In addition, the strong of Nepaliness is embedded in the psyche of those residing in Nepal, despite our differences in ethnicity, culture, and religion. Also, the geopolitical considerations in the region will make it highly unlikely for Nepal to split up into smaller states, as topography makes it almost impossible for smaller states to exist. Thus, the fear that recognizing Kosovo will somehow put Nepal in a state of limbo is hyped and although not widely discussed, could be a result of regional powers exerting their influence in the government of Nepal.

The struggles and achievements of the people of Kosovo deserve recognition from Nepal for the very fact that we have had common experiences of maintaining our identity. Despite being small compared to our neighbors, both Kosovo and Nepal have strong links to their land and have guarded their sense of nation. Usually overshadowed by our bigger neighbors, both Kosovars and Nepalis have relentlessly passed on the tradition, language, and culture of their ancestors.

Nepal has also been at forefront in peacekeeping missions across the world, contributing thousands of soldiers to the UN. It has also been actively involved in the Non-Aligned Movement. Nepal could help in Kosovo’s path towards a constructive future if it were to recognize it formally. It would not mean a great deal in the international political arena, but it would be one more country recognizing the dreams and aspirations of the Kosovo people.

As a Nepalese as well as a citizen of the world, my best of wishes to the people of Kosovo. Nepalis understand the pain of violence, because we had our own civil war for over a decade and ended as recently as 2005. Yet, it is in the aftermath of the violence that we have seen the need to move on and I am sure Kosovo will pursue a path of development and prosperity.

Bibek Chand is pursuing his graduate studies in international relations from Florida International University, with a focus on peace studies as well as South Asian politics. He is a graduate of Wartburg College, Iowa. He’s also interested in Sino-Indian relations and its implications for regional security.