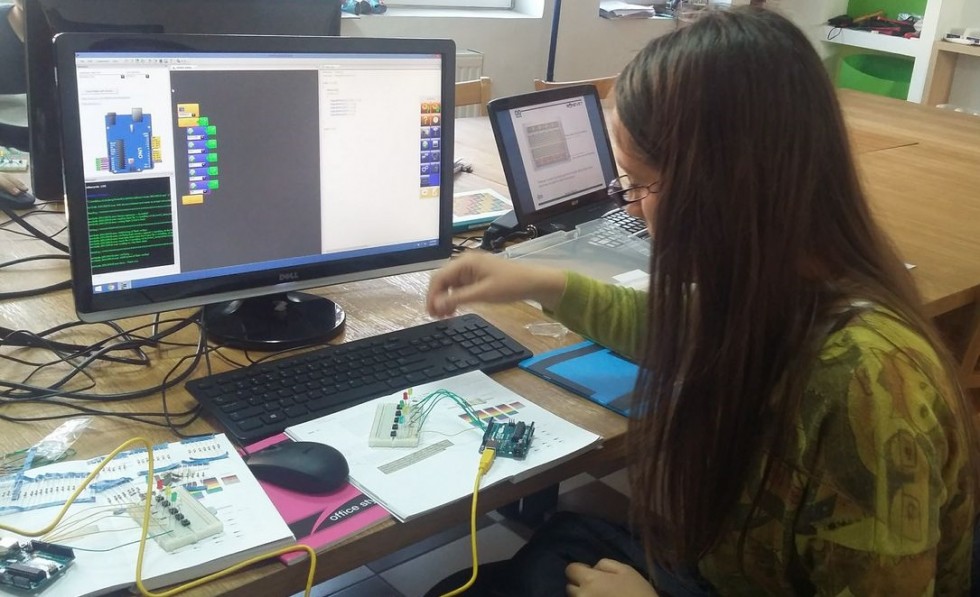 Bonevet: A Makerspace in Gjakova

Gjakova is historically known the home of fine craftsmen and builders whose quality of work have developed the city’s reputation as a textile, carpentry, and metalwork hot spot. Excitingly, since February this year, a new kind craftsmanship has emerged and it is spearheading the city into the digital age.

A makerspace is a “physical location where people gather to share resources and knowledge, work on projects, network, and build.” The idea is to create a “collaborative studio space for creative endeavors” where “informal combination of lab, shop, and conference room form a compelling argument for learning through hands-on exploration” (source). 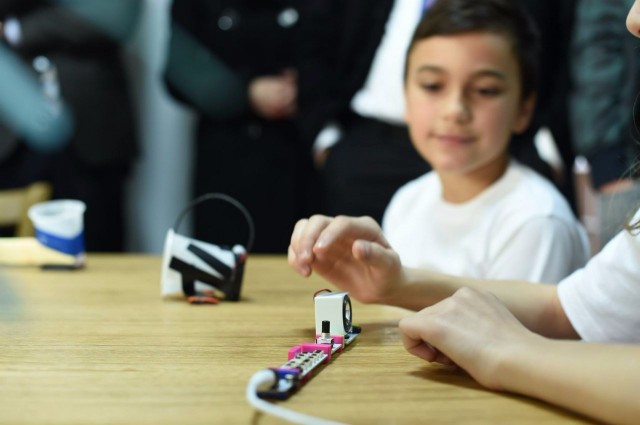 Children as young as 9 years old can build prototype circuits with LittleBits.

Bonevet is Kosovo’s first makerspace and what better place than Gjakova for it to feel right at home among makers? The non-profit center aims to “nurture a vibrant community of idea and resource sharing among its makers, which will foster character building traits like grit, creativity, open-mindedness, social responsibility and most importantly team work” (source). 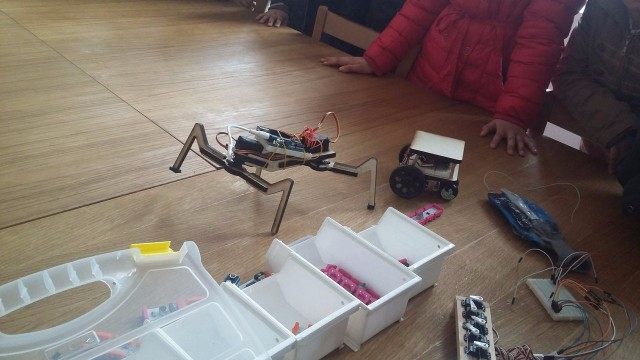 Building robots in Bonevet with Arduino.

Lately, they’ve started working with AutoCAD workstations to create 3D models and designs, as well as using 3D printers and experimenting with CNC Machines. Access to these tools is a great resource for the community as it enables students to further develop their inner-craftsmanship and invent prototypes of great potential for future digital product developments. 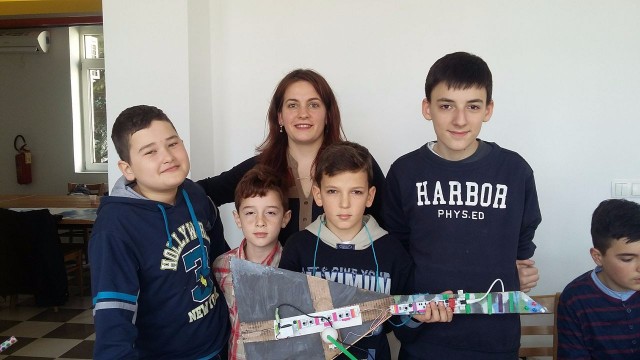 Young participants of Bonevet’s LittleBits workshop and the electric guitar they built.

Vllaznim Xhiha, a former member of the Diaspora, is the founder of the idea. Through “Unë e du Kosovën”  Foundation, he invested on the acquisition, renovation, and furnishing of Bonevet makerspace. It’s an initiative he continuously dedicates himself to and that others can support via donations.

Bonevet is already shaping the next generation of made in Kosovo digital craftsmanship and, who knows, maybe it will be known as the birthplace of a future Kosovo Silicon Valley.