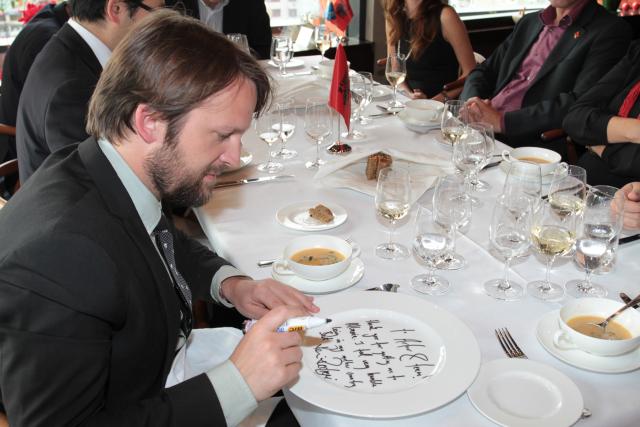 Rene Rexhepi, on the top once again!

After a year long brake, the “Noma” restaurant, owned and operated by the Danish-Albanian Rene Rexhepi, has once again been selected as the best in the world.

“Noma” has topped the list of over 50 competing restaurants through the years 2010,2011 and 2012. It is only last year (2013) that the price had been grabbed away by the spanish restaurant “El Celler de Can Roca”. With a comeback, “Noma” is again back on the first place this year.

On Monday, at the ceremony, Rexhepi had explained how his inspiration comes from his team and that he acknowledges that often, he is a difficult person to deal with. He adds that  the goal is yet to be reached, there are yet many other inventions and creations to be made.

Rene Rexhepi is the son of a Tetovo Albanian and Danish. On 2012, with the celebration of the 100th year of Albanian Independence, he had visited Tirana.