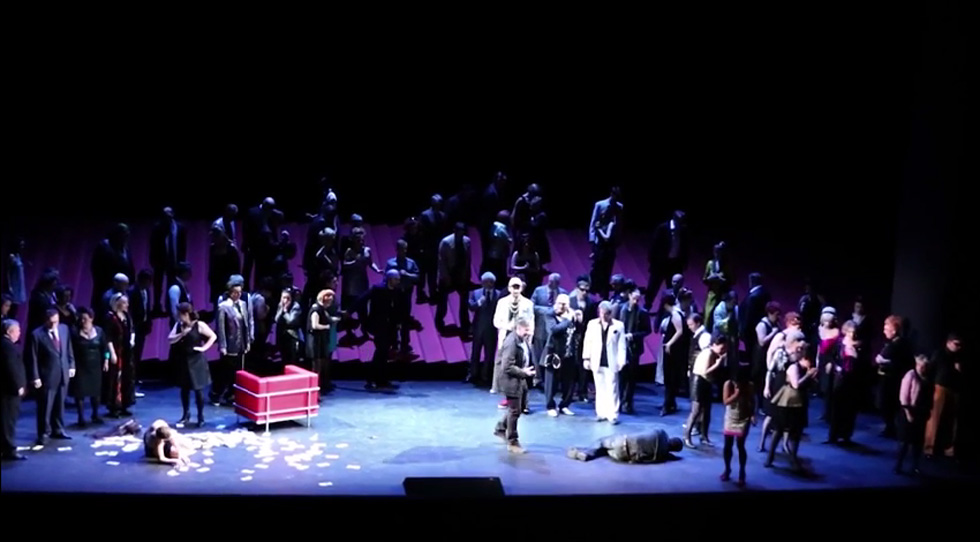 In 1983, a new tenor star was born in Istog, Kosovo. Ramè Lahaj is taking over opera, leaving the audience amazed and speechless by his talent. The young tenor conquers country by country with his voice and artistic skills. In 2010 Lahaj won two prestigious international competitions, the first on in Riva del Garda, Italy called “Riccardo Zandonai” and the second one “Ritorna Vincitore” in Naples, Italy. He was also awarded the award for the best singer for Neapolitan songs. Lahaj has already worked with conductors such as Gustav Kuhn and Evelino Pidò and stage directors Henning Brockhaus and Robert Dornhelm.

Lahaj first started his studies in Kosovo where he graduated in Computer Studies. He then decided to follow his passion for music. This journey lead him to Albania where he began his studies at the Academy of Fine Arts in Tirana. In 2008 Ramè Lahaj graduated as the most distinguished student. One year later, Lahaj became the artistic director at the RTV21 channel in Kosovo (2009-2011) but it wasn’t until 2010 the talented tenor made his first real international debut in opera. It was at the 50th anniversary of Eutin Festival in Germany. Lahaj debuted with the role as Alfredo Germont in La Traviata. This would come to be a successful year for Lahaj as he also won two prestigious international competitions that same year.

The bright star is finding tremendous success in Europe, as he performs at the Hungarian State Opera in Budapest as the role of Macduff/MacBeth in 2011. He then continued his journey to Germany where he sang Alfredo at the Theater Lübeck. It was another great performance from Ramè Lahaj and the German press referred to it as “the best discovery of German opera”. The Kosovar tenor then debuted in 2012 with the role as Rodolfo in “La Bohème” at both Semperoper Dresden and at Theater Dortmund in Germany. The impact he had as Rodolfo continued as he performed the same role in France. Later on that year Ramè Lahaj decided to participate in the Puritani-production of Opéra de Lyon. This production also took place in Paris at Théâtre des Champs-Elysées

In this interview Ramè Lahaj talks about his road to success: “Getting to this point has been fairly easy and this is mainly because I’m fortunate enough to have helping and supporting friends, like Saimir Pirgu (tenor), Fadil Berisha (fashion photographer or Mrs Afërdita Saraçini (Kosovar media owner). I have also been strongly and continuously supported by my family.”