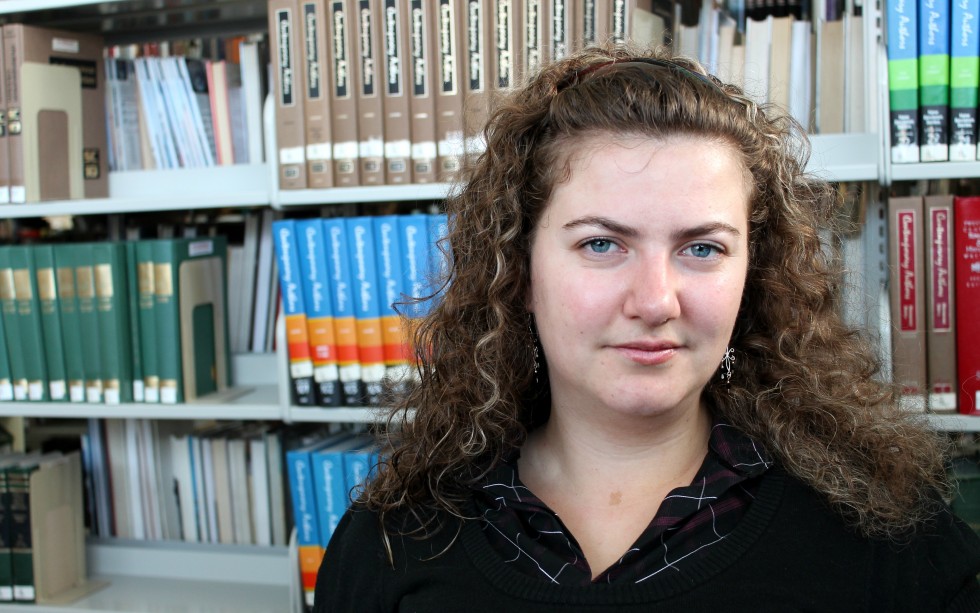 Jeta Rudi is an excellent example of a young devoted Kosovar student abroad that is making remarkable achievements with her education, research, and work in the United States.

Jeta Rudi is currently pursuing her PhD studies in the field of Applied Economics at University of Minnesota – Twin Cities. She plans to concentrate on the subfields of Development Economics and Consumer Behavior & Household Economics. Jeta currently works as a Research Assistant at Minnesota Population Center (MPC) where she integrates individuals’ time use data from different periods of time and from eight different North American and European countries, under the ATUS-X project.

Jeta was born in Gjakovë, in 1988 and completed her education through high school in her hometown. Jeta moved to the U.S. to pursue higher education at the age of 18, where she had been awarded a full tuition and room and board scholarship from Berea College in Kentucky.

Upon graduating from Berea College, Jeta moved to Virginia to pursue her Master’s degree in the field of Agricultural and Applied Economics at Virginia Tech University. Her Master’s thesis research consisted of two studies. The first study analyzes the determinants of survival in the U.S. market of fresh fruit and vegetable imports. The second study investigates time allocation in home food production for households participating in the Supplemental Nutrition Assistance Program (SNAP) in the United States. Her complete Master’s thesis can be found here.

Jeta has engaged in several economic research studies and is a coauthor of a number of published and working papers. She has presented her research in various conferences in the United States, including the annual meetings of: Agricultural and Applied Economics Association and Southern Agricultural Economics Association. Throughout her academic career, Jeta has been inducted into several academic honor societies, including: Golden Key International (2011), Gamma Sigma Delta (2011), Pi Mu Epsilon (2010) and Phi Kappa Phi (2009). In addition to Economics, Jeta is passionate about Mathematics, Philosophy, Politics, and Albanian Literature. Two of her co-authored journal articles are outlined below:

Kuminoff, Nicolai V., Congwen Zhang, and Jeta Rudi. 2010. “Are Travelers Willing to Pay a Premium to Stay at a “Green” Hotel? Evidence from an Internal Meta-Analysis of Hedonic Price Premia.” Agricultural and Resource Economics Review, 39 (3), 468-484.