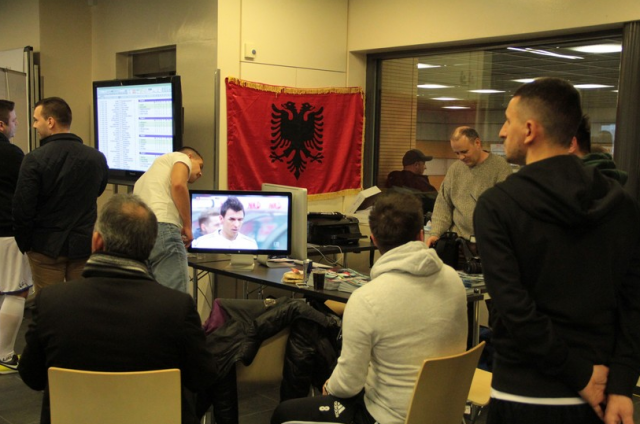 Football, integration and cooperation are at the heart of this tournament, equally important is the cultural exchange between people throughout the games.

The Kosovar Diaspora has been committed to making this tournament a reality for  nine years now. “Malesia Cup” brings together a total of 60 teams of various compositions, thus making it one of the biggest in Europe, as claimed by the daily “Limmattaler Zeitung”.

Among the many spectators, this time the tournament attracted two football players of Kosovo origin that currently play within the Swiss Super-league. They are Amir Abrashi and Mërgim Brahimi, both playing for GC of Zurich, while Abrashi plays for the Albanian national team, Brahimi plays for the U21 team of the Swiss. Both players were happy to see the degree of organization and the friendly character of the tournament.

At the beginning, the tournament used to attract only teams from the Kosovar diaspora, however with time, more and more teams of different communities started showing up. Currently, the tournament gathers teams from United Kingdom,Switzerland, Germany,France, Austria and Italy.

The tournament also attracted a news crew from Kosovo as well as the President of the Kosovar Football Association, Fadil Vokrri. ” I am here to celebrate the happening of this tournament. Who knows, I might go as far as saying there might be some potential talent here as well.” declared Vokrri for the newspaper.