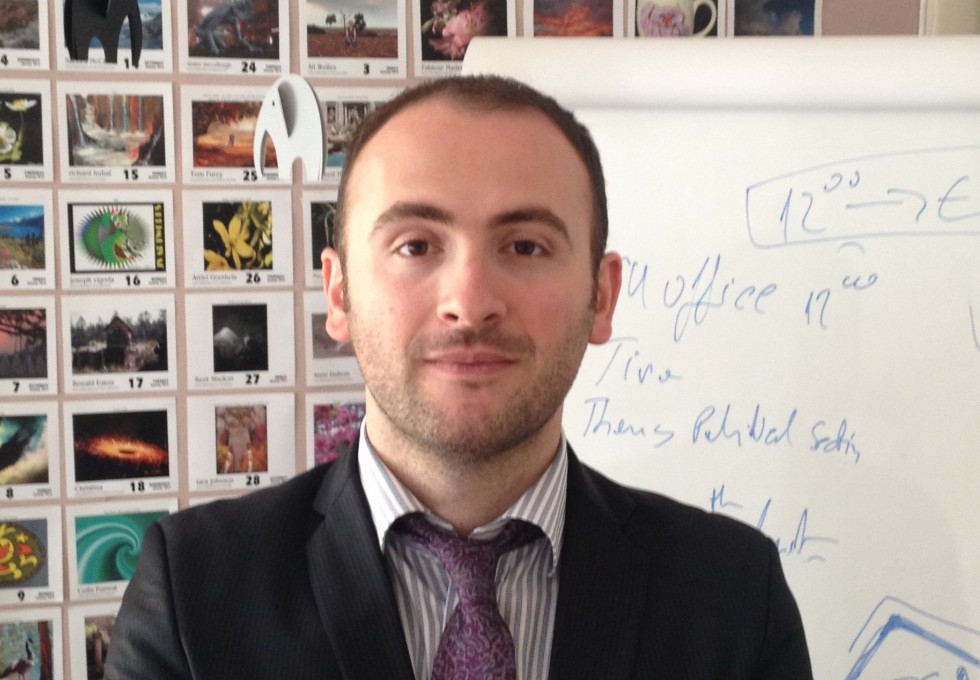 Fisnik Korenica is a rising young scholar on the field of legal and political sciences in Kosovo. Born in Gjakova, Fisnik has successfully completed his bachelor studies in law at the University of Prishtina. He completed his masters degree in European Politics at the University of Sussex in the UK. Currently, Fisnik is reading for a PhD in International Law at the Vrije Universiteit Brussels, Belgium. Fisnik lectures at the Faculty of Law at the Univeristy of Prishtina, serves as a Senior Research Fellow with the Group for Legal and Political Studies, a think tank based in Prishtina, and is also engaged as a Research Fellow with the Vrije Universiteit Brussel.

Fisnik has contributed to the overall academic debate on constitutional and institutional design of states under international transition administrations, whereby offering several arguments on the implications that rise from poorly devised international institutional regimes. Giving a more specific contribution on this issue applied upon the case of Kosovo, Fisnik used many of the Ahtisaari Settlement Proposal benchmarks to conclude that, structurally speaking, the model of consociational system of governance built by it elegantly escape from the very institutional repercussions experienced with the Dayton Peace Agreement and the subsequent constitutional regime of Bosnia & Herzegovina.

Besides the solid contribution on this topic from a political science perspective, Fisnik has also contributed on the issue of the relationship between fairly autonomous international legal regimes, thereby offering arguments in favour of a more fragmented and pluralist system of international law. Building upon many hypothetical situations, Fisnik argues that the crisis of legitimacy in international law could fairly well be resolved by more developed and pragmatic mechanisms that counterbalance the very consensual nature of public international law.

3. (Co-author with Enver Hasani & Dren Doli) (June 2012) ‘Individual Complaint Mechanism as a Means to Protecting Fundamental Human Rights and Freedoms: The Case of the Constitutional Court of Kosovo’. European Yearbook of Human Rights, 2012.

4. (Co-author with Paul De Hert) (June 2012) ‘The relationship between Luxembourg and Strasbourg in light of the Doctrine of Equivalent Protection: Searching for the Legitimate Interest’. German Law Journal, 2012.

5. (Co-author with Dren Doli and Artan Rogova) (2011) ‘The Past and Present: A Note on the Civil Service of Kosovo: Discussing its Design, Independence, and Management’. International Journal of Public Administration. Vol. 34, No. 6.

6. (Co-author with Dren Doli) (2011) ‘What about the Kosovo Constitution: is there anything special? Discussing the grundnorm, the sovereignty and the consociational model of employed democracy’. Vienna Journal of International Constitutional Law. Vol. 5, no. 1.

8. (Co-author with Dren Doli and Artan Rogova) (2010) ‘Establishing Protection Mechanisms for Bureaucrats: The Case of the Independent Oversight Board of Civil Service of Kosovo’. European Journal of Law Reform. Vol. 12: no. 1.

9. (Co-author with Dren Doli) (2010) ‘The Politics of Constitutional Design in Divided Societies: The Case of Kosovo’. Croatian Yearbook of European Law and Policy. Vol. 6.

12. (Co-author with Dren Doli) (2010) ‘Calling for independence. To what extent is the composition of the competition authorities politicized: the case of Western Balkans countries’. International Journal of Law and Management. Vol. 52: no. 5.

13. Fisnik Korenica (2010) ‘Pointing the rule-of-law in a transitional polity: the case of Kosovo’s law on the constitutional court’. Contemporary Issues in Law. Vol 3, issue. 3.

14. (Co-author with Dren Doli) (2010) ‘The Double Face of the European Union: How Distinctive Is the EU Foreign Policy Towards Kosovo?’ Journal of Eurasian Law. Vol. 3, no. 3.

15. (Co-author with Dren Doli) (2010) ‘How powerful are EULEX judges and prosecutors in Kosovo’. Revista General De Derecho Penal. November, no. 14.

16. (Co-author with Dren Doli and Ketrina Cabiri) (2010) ‘Equalizing the Use of Language: A View to Kosovo Law’s Guarantees Upon Minority Languages’. The Open Law Journal, Vol. 2: no. 1.

aFurther information about Fisnik’s work is available in the links below: