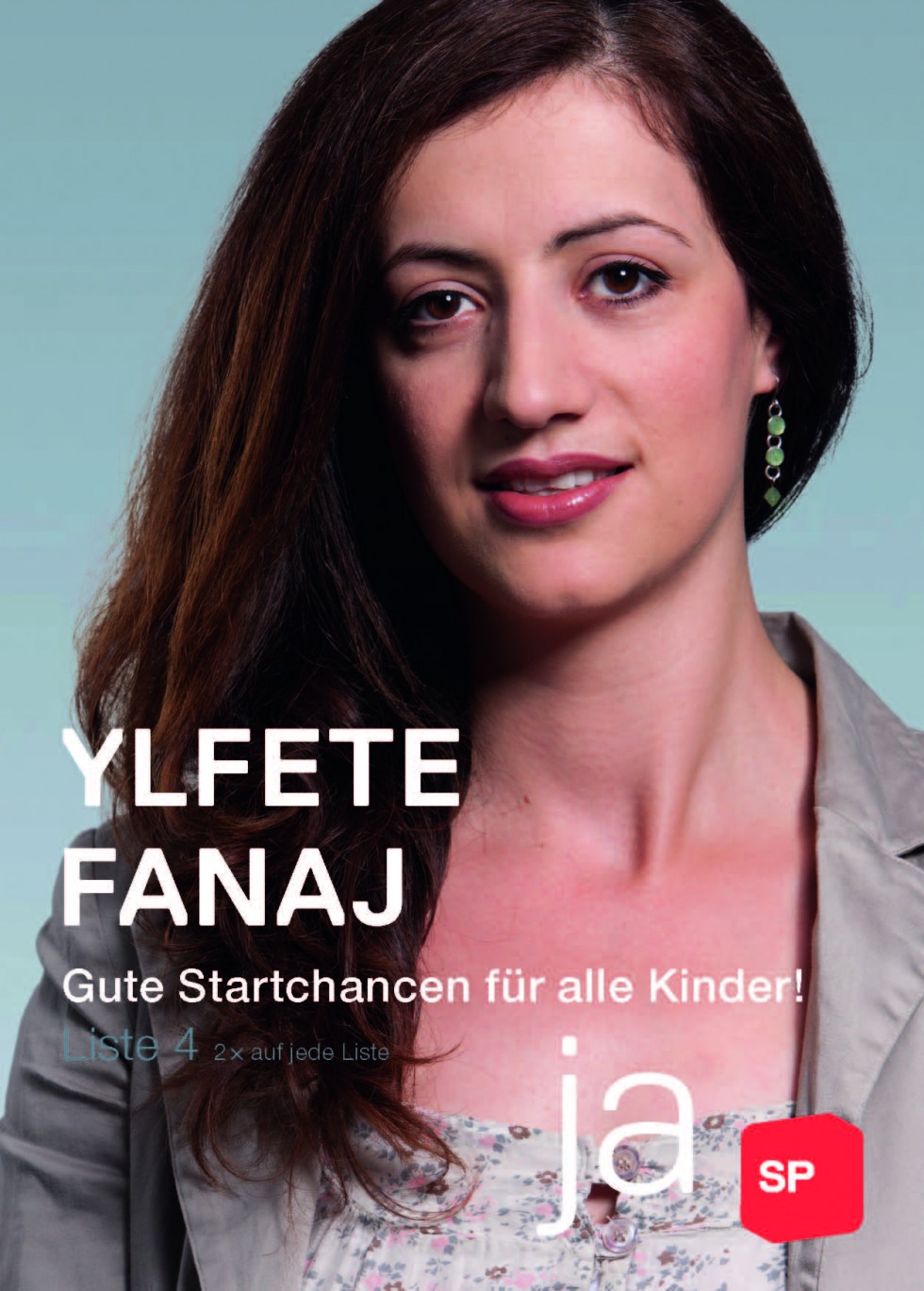 Ylfete Fanaj is a councillor in the canton of Lucerne in Switzerland and a member of the political commission of the Cantonal Council.

Fanaj was born in Prizren and left Kosovo during the war in 1991. She is one of the few Kosovars who are active on the political scene of their host country.

Since 2003 she has been active as an inter-cultural mediator in schools in Switzerland. Between 2005 and 2008 she served as on the board of a non-governmental political forum in Luzern. Between 2005 and 2010 she worked for a non-governmental organization for asylum seekers in Switzerland. Since 2005 Fanaj has headed a centre for inter-cultural education which focuses particularly on supporting children with a migration background.Between 2007 and 2011 she served as city councillor at large in the City Council of Lucerne. During that time she was a member and Vice-President of the Social Commission.

In 2011 Fanaj joined the Cantonal Council. Fanaj is the President of Secondos Plus, a proimmigration lobby group. In this capacity she has been actively working against anti-Kosovar ads and deprecatory political debates against Kosovars in Switzerland.

She has advocated for more support to help Kosovo immigrants in Switzerland to integrale better into the host society and for equal opportunities for children with a migration background.

Her work against discrimination and solidarity has attracted considerable local media attention.

Fanaj appeared on Swiss national television in the documentary “The Good Albanians”, which portrayed successful migrants in Switzerland.