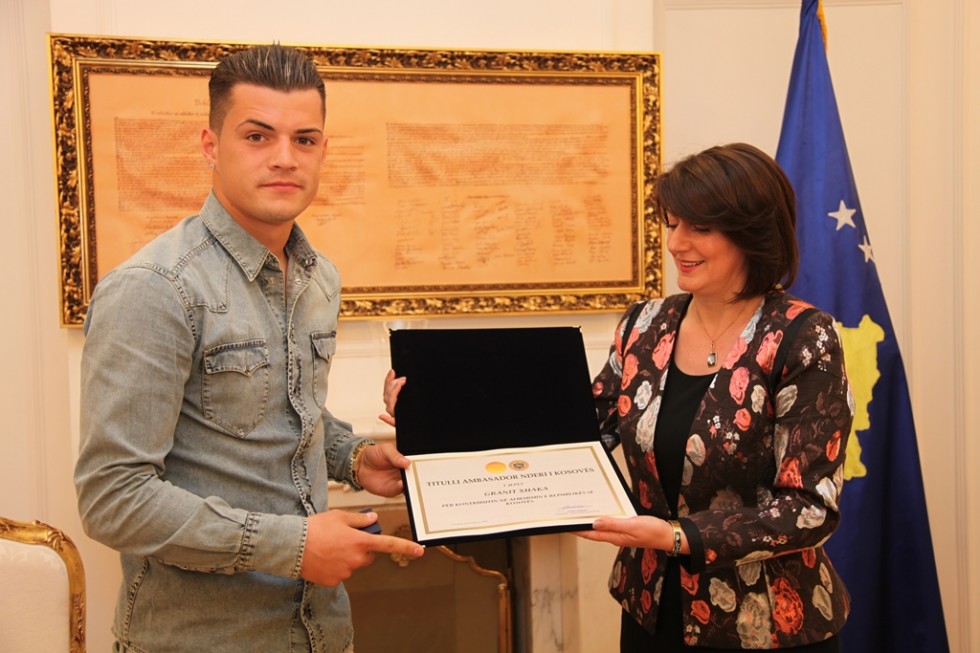 Xhaka chooses Kosovo as his holiday destination after the World Cup

Kosovo-born Granit Xhaka is the 21 year old that got everyone talking throughout the Swiss games at the World Cup in Brazil. His volley against France told of his dedication and love for the game; while the Swiss lost against France, Xhaka proved that that things were not over yet.

Xhaka is known for being the Swiss/Albanian version of Cristiano Ronaldo. He has publicly supported Kosovo’s campaign to be allowed to play internationally and was awarded the Honorary Ambassador Medal by president Atifete Jahjaga on February 17th 2014.

Xhaka has played alongside four other players with Albanian origin Xherdan Shaqiri (Bayern Munich), Valon Behrami (Napoli), Blerim Xhemaili (Napoli), and Admir Mehmedi (Freiburg).  The success of the Swiss team at this world cup with the five ethnic Albanian players (originating from Kosovo and Macedonia) made this event even more exciting for all Albanians.

Xhaka’s younger brother Taulant Xhaka has commited himself to play for Albania witih seven other Kosovars, since Kosovo is not accepted by FIFA yet.

BBC has consired Granit Xhaka as a player to watch: