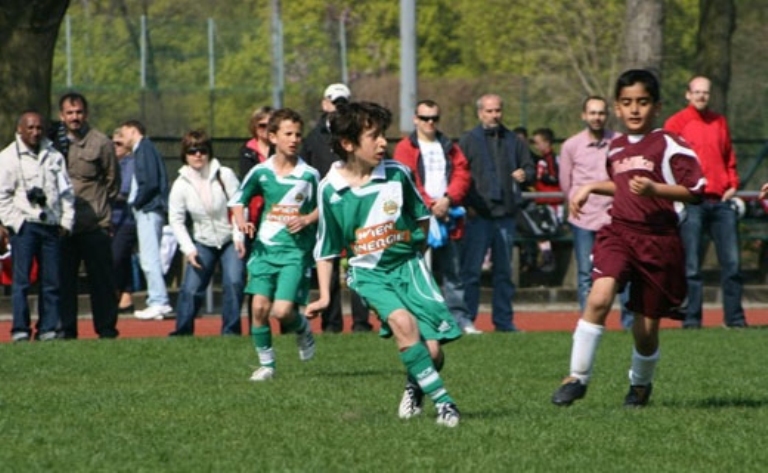 Austrian Born Vesel Demaku is a player with a bright future ahead of him. The 13 year old currently plays for Rapid Wien’s U14 team, together with Albanian teammates Arian Hajdari and Arbnor Prenqi.

An up-and-coming midfielder, Demaku is happy with Rapid Wien at the moment. His father noted in an interview with Kosovapress.com that other teams have shown an interest in his son, but Demaku is too young to switch yet. As he develops, his father is convinced that he will head for a bigger team.

Rapid Wien is one of the most famous clubs in Austria. Both Atdhe Nuhiu and Hamdi Salihi used to play for its senior team, and now Eldis Bajrami is on Rapid’s reserve team.

Despite being a fan of Real Madrid and a follower of Cristiano Ronaldo, Demaku is already being called the Kosovar-Albanian David Luiz, of the English team Chelsea FC.