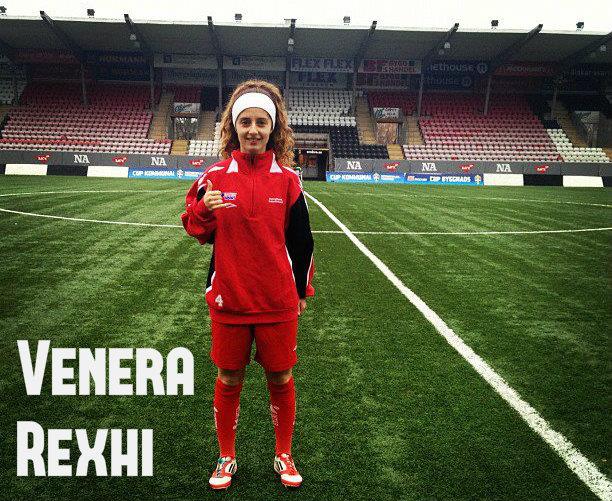 This weekend 18-year old Venera Rexhi scored her debut goal for Linköpings FC in the Swedish Women’s League. She also helped them collect 1 point from Eskilstuna since she scored the crucial equalizer goal which was also the final goal.

LFC were visiting Elena Sadiku’s team Eskilstuna United and while Sadiku played from start, LFC decided to put Rexhi on the bench. None of the teams were able to score during the first half but it was the home team that managed to get a 1-0 lead after 70 minutes of play time. A couple of minutes earlier LFC put Rexhi on the pitch and with only 10 minutes left in the game she was able to score the equalizer –and her first goal ever.