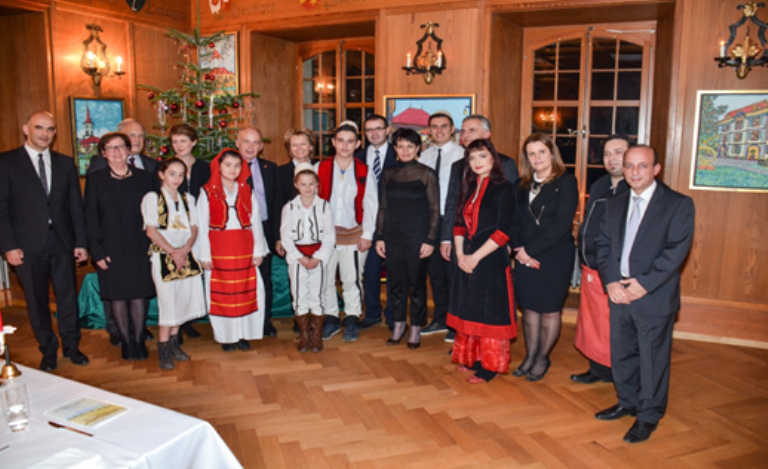 This year’s highlight of the Albanian’s community involvement in foreign affairs is its relationship with the Swiss government. This was brought to highpoint when the Swiss head of State met for the first time with the Albanian community over a friendly dinner.  It was also the first time that Switzerland had an official dinner with one of its communities; a vital relationship for the Albanians who live in Switzerland.  The Albanian cuisine served nothing but the best to the seven members of the Federal Council.

The current head of the Swiss Federal Council, Ueli Maurer, and the Ambassador of Kosovo to Switzerland, Naim Malaj, were the two public figures involved in celebrating the friendship between Switzerland and the Kosovar Albanians. The snow-covered Schlosswil castle next to Berne was therefore the ideal the location for the event to take place.

Young Albanians, dressed in traditional Albanian costumes, were at the center of attention as they served the homeland specialties to the Excellences who enjoyed the food just as much as they luxuriated in the cultural exchanges. The culinary activities were followed by an artistic contribution of Jazz from Elina Duni.

The Albanian participants and the Ambassador Malaj were honored by the Swiss guests who proved once more the deep and vital friendship between the Albanians and the Swiss.