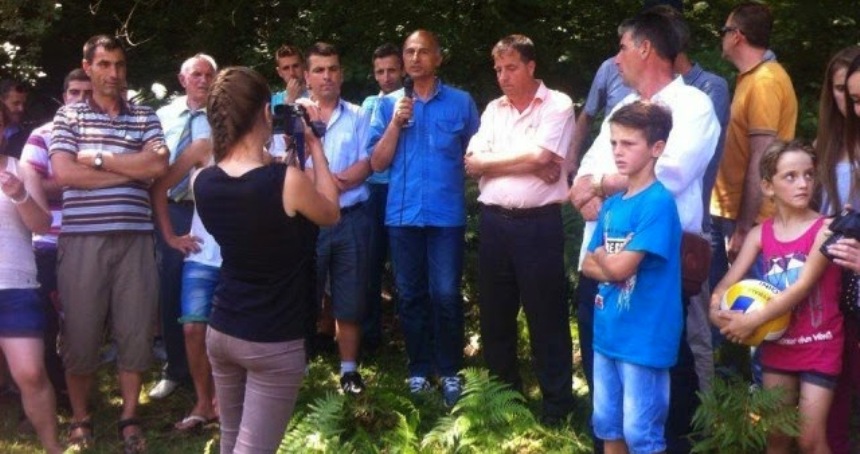 The migrant from Far Africa in the “Birthplace Meetings” in Dazhnica

A meeting was held with residents of the village Dazhnica of Kamenica municipality within the Birthplace Meetings “Dazhnica 2014”. Manifestation “Dazhnica 2014” was characterized by various cultural activities: songs, dances, performances, sport competitions, popular games, etc. But the uniqueness of this meeting was the presence of a migrant from this village, Senad Jerlija who had traveled from Zambia of Africa just to attend this annual meeting.

Senad lives and works in Africa and had not visited his birthplace for many years.

Vehbi Jerliu from the Organizing Council of this manifestation said that because many residents and families of this village left these areas years ago, it was so important to maintain a meeting of this kind at least once a year.

Another resident of the village, Hysen Jerliu in his speech said that this meeting allows the new generation to know each other and enables them to recognize the native land of their ancestors.