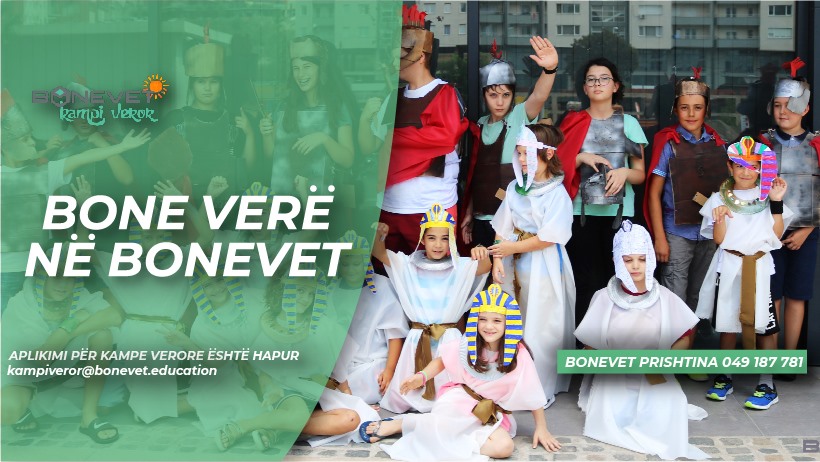 Summer Camps in BONEVET are joining the Diaspora in one place

Diaspora, Summer Camps in BONEVET are waiting for you!

After months of work and engagement, holidays spent back home are fun when children are part of Summer Camps at BONEVET.

These camps allow you to create new companionship in your homeland and learn Albanian, explore and create the games you like.

BONEVET welcomes children from Diaspora in three centers in Kosovo;

Starting from July 1 to August 30, all children between the ages of 7 and 15 will have the opportunity to become part of our camps.

The camps that are being organized this summer are;