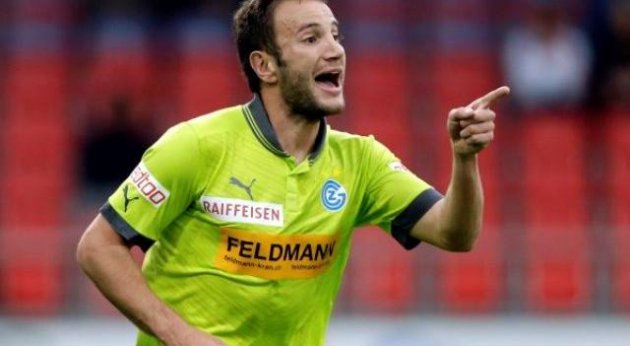 Score after Score, Shkëlzen Gashi makes it the Top

Shkëlzen Gashi shun the critics who claimed that Swiss football does not have high caliber players without its “Albanian Five”(Shaqiri,Xhaka,Xhemaili,Behrami,Mehmedi). With the “Top Five” away, Gashi had proven that through fantastic performance, he could be crowned the player with most goals in the Swiss Football Super-league. With 19 goals, Gashi (representing GC Cyrih) has been the lone warrior at the top of the billboard for some time now, leaving far behind the second placed Valentin Stocker of Basel (12 goals).