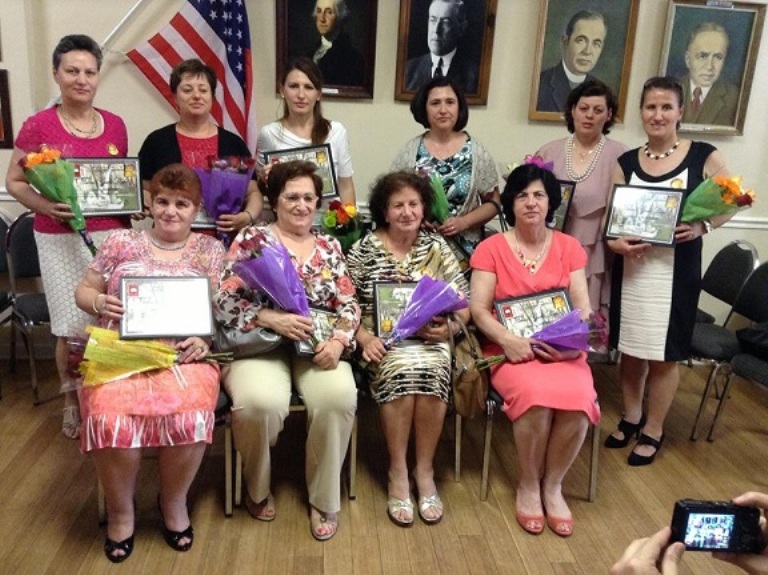 Saving the Albanian language, primary obligation of every Albanian

The cultural Albanian-American Association, “Bijte e Shqipes,” celebrated the 10th anniversary of the Albanian school “Gjuha Jone” last week in Philadelphia. It was a lovely ceremony filled not only with anecdotes, recitations, and performances, but also discussions about the school’s future and its development.

The preparations for this event started in early May, when many invitations were sent to Albanian schools. Though not many responded early on, the event turned out to be a highly attended. The hall was filled with so many people of all ages and generations that there was mostly only standing room.

Every member of the Association, including Tajar Domi, Oriola Suku, Dritan Matraku, Vlashi Fili, Bujar Gjoka, Llazar Vero, and many others contributed to making this a special event.

The ceremony started with a speech by Tajar Domi, head of the Association, who expressed his gratitude to the participants, organizers, and the supporters of the Albanian community in Philadelphia.

After an impressive performance by the children’s choir, there was a discussion about the importance of learning a second language, and how parents should encourage their children to learn their native language. The event stressed that the cultural heritage is and has been an essential part of our nation’s existence.

In fact, although there are around 25,000 Albanians living in Philadelphia, the Albanian school has just an average of 50 students per year, despite space for 250 more students.

Sadik Elshani, board member of Albanina-American Association “Bijte e Shqipes” underscored the concern of this statistic, saying, “Let’s hope that this event will help us organize and coordinate our efforts and work even better, identifying the problems and challenges we face, and taking the appropriate measures to overcome those obstacles.”

After his speech, he invited the guests to join in the traditional “Bukë e kripë e zemër” (Bread, salt and heart) cocktail. Folk music and dance followed for a jubilant evening.