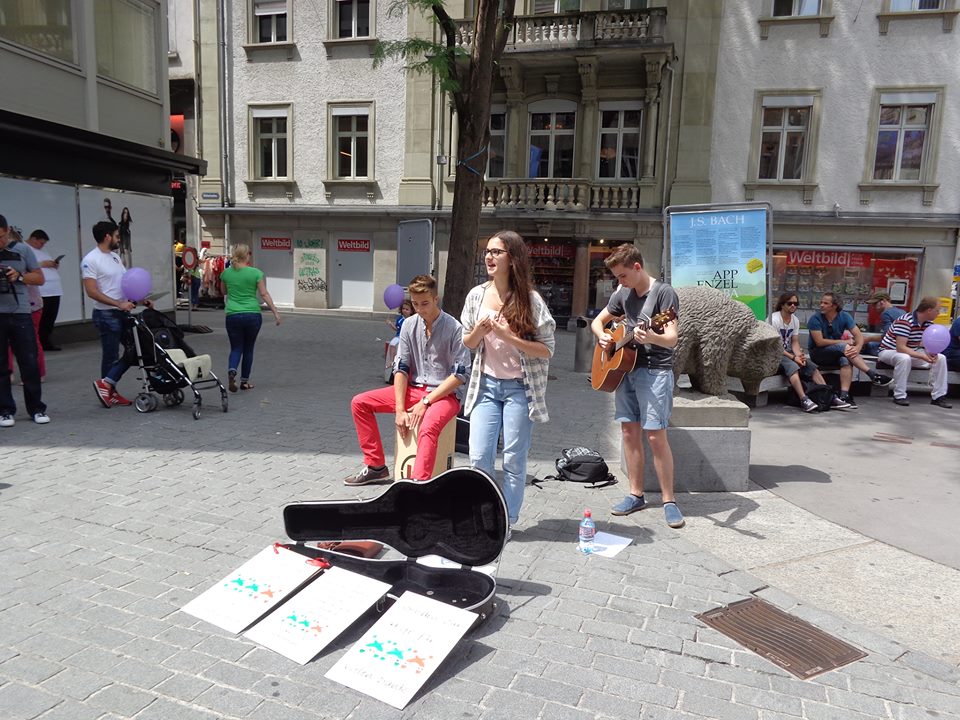 Rita is from Prishtina and is set on a very noble mission. She has been performing in the streets of Switzerland and Germany as part of her senior year project in order to raise awareness on the Down Syndrome.

Rita Kastrati is only 17 but she has already taken concrete steps at changing the world. Her singing performances are solely dedicated to benefiting the “Down Syndrome Kosovo” project. The idea intends to better the miserable conditions of people living with the disease.

The band usually picks the crowded places and squares, so in case you hear some Albanian sounding tunes, remember that you might just be passing by Rita and her band. Recently, there have been an Italian, Albanian and a Swiss musicians who have joined the cause and are contributing for the better.