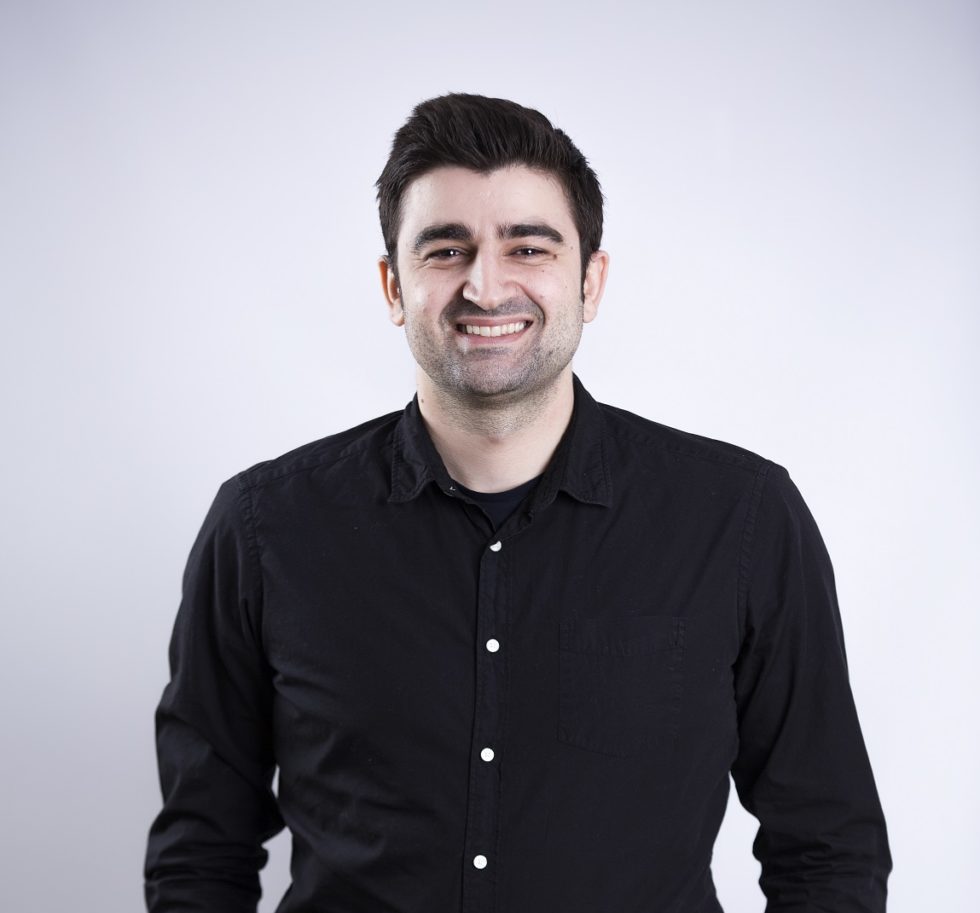 For Valon Asani– born in Switzerland to Albanian parents – summer was the only time he could get to know and connect with Kosovo. The little time he spent there was enough to convince him to pursue a career in Kosovo. Valon graduated from the Technical Business School Zurich.  During his studies, he started creating his websites and became interested in web development. After graduation, in 2011, he moved to Kosovo and started his initiative of promoting Kosovo in Switzerland by using the outsourcing-model and hiring people from Prishtina through his web and creative agency – based in Kosovo but serving clients in Switzerland. His decision to come back came as a result of growing up with parents who were always nostalgic about living in Kosovo and talked about Kosovo and its culture in daily bases. Valon claims he always felt connected to Kosovo.

In the last seven years, Valon has been testing himself in many fields and that has allowed him to get a broader knowledge in different industries such as IT Outsourcing, Call Center services, the production line of pellets in Kosovo, and he even bought a dental clinic with 10 employees in Prishtina. In addition, he has managed small projects like the dating app “Albanian Friends” which won the first place in Get in the Ring in Kosovo. He currently leads mikgroup.– a digital marketing agency with its focus in lead generation and ROI. MIK which stands for Made in Kosovo, and means ‘friend’ in Albanian is more than business. As an outsourcing destination, MIK is an amazing promotional company for Kosovo.

MIK Group is a digital marketing agency with a focus on Performance & ROI. They offer SEO, Google Ads, Social PPC & influencer marketing. They are Google Partner and are certified by Google, Facebook, and different Digital Marketing Institutes. MIK’s headquarters are at the Zurich Airport and their fulfillment team is based in Prishtina. In addition, they have a small team in Berlin for Influencer Marketing. MIK Group today is the digital partner for many national and international customers. They’ve worked for companies such as Philips, Beiersdorf, Hunkemöller, Novartis and BMW. Valon mainly works on creating a strategy and products he makes sure to be the latest marketing trends because that is key to bring ROI to their customers. Moreover, mentoring and developing his team members is a priority for the leader of MIK. “I’m inspired by the idea that one person can benefit the lives of a large number of people if they have the will to do so, ” notes Valon.

When asked how he manages to stay organized Valon says that what he usually tries to do is: “Keep it simple. Develop routines, implement systems. Have a place for everything, and put everything in its place.” Valon is an individual who takes control of his routine and focuses on top revenue-generating priorities rather than spending time with reactive actions such as emails, phone calls, and other interruptions. “I continually set goals which serve that to serve me as a roadmap and without them, you lose focus on where you’re going and you end up running in circles getting nowhere.”

“I continually set goals which serve that to serve me as a roadmap and without them, you lose focus on where you’re going and you end up running in circles getting nowhere.”

Seeing MIK’s clients succeed and managing a business that is growing and provides for the team is amongst the achievements of MIK what makes Valon proud of the work they are doing. A hallmark for their business is the collaboration they have with three multi-billion dollar companies Philips, BMW, and Beiersdorf. Valon highlights also their partnership with Google Partners which made MIK the first and only agency in Kosovo to achieve that. An additional milestone for MIK is the development of a team and company certified by Google, Facebook, LinkedIn, the Digital Marketing Institute and other well-known organizations.

However, doing business in Kosovo comes with many challenges. Lack of professionalism in public institutions, customs procedures, low purchasing power obtaining loans, high-interest rates, and a shortage of higher qualified staff are problems Valon faces every day. Coming from Switzerland, Kosovo was obviously a difficult environment to navigate. Overtime, Valon has learned how to be more solution-oriented in order to avoid mental breakdowns every time he lacks the Swiss infrastructure he’s used to having. Valon tells us about some of the obstacles he keeps encounters and fights, sometimes even within his own team. “I have mixed feelings and thoughts when it comes to the business environment in Kosovo. On one side we have some small business hubs making positive impacts and we have a lot of skilled young people most of who are bilingual. On the other side, unfortunately, we have no quality, no love for details and for doing the right things the right way.”

“I have mixed feelings and thoughts when it comes to the business environment in Kosovo. On one side we have some small business hubs making positive impacts and we have a lot of skilled young people most of who are bilingual. On the other side, unfortunately, we have no quality, no love for details and for doing the right things the right way.”

As a well-established entrepreneur, Valon is a fond believer that businesses in the diaspora and the ones in Kosovo should cooperate more, exchange knowledge, skills, and ideas in order to improve the image of Kosovo. For Valon, every Kosovar living abroad is an ambassador who can promote Kosovo as an outsourcing destination for IT-services, digital marketing, engineering, architecture, customer center services, and many other services.

“I think the best way to help the people in Kosovo is to help the economy. And to do that for me it is to talk about Kosovo whenever I get the chance to do so. With our customers, partners, family, and friends. This way I was able to motivate also other entrepreneurs to come to Kosovo and create businesses and jobs opportunities. Promoting Kosovo as an outsourcing destination is one of my missions and my way of making a long-term impact.”