Last week, UNDP Kosovo organized a series of events in Prishtina, Prizren, and Gjakova relating to innovation in Kosovo. As a co-founder of Open Data Kosovo, I was invited to speak at their panel on open data and to present the concept of open data at a workshop. Since yesterday was  the International Right to Know Day, I will take this opportunity to elaborate a bit on Open Data and how Open Data Kosovo works.

Open Data is defined as “data that can be freely used, share, and built-on by anyone, anywhere, for any purpose.” (source)

Many governments around the world have already joined the open data movement by opening their data. In the UK, volunteers are “working with Environment Agency water data to inform visitors about water quality,” and an online guide has been created that “uses government data to help parents find and research local schools in England.” But open data is not only for governments to embrace; in New York City, the transportation authority has opened its data as well and, as a result, citizens now benefit from the development of a healthy ecosystem of apps that drastically improves their public transportation experience (e.g. bus schedule apps).

The idea behind opening data is to promote good governance by enabling data-driven transparency and accountability. Open data has been a concern in Kosovo for quite some time already. On July of last year, the government “officially commenced the [Open Government Partnership] membership process” (source) which, unfortunately, was not followed up by comprehensible strategy to make government data available.

This is where Open Data Kosovo comes in.

Open Data Kosovo channels the digital capacity of young software engineers and computer scientists in Kosovo into implementing and maintaining an online platform that collects, hosts, and distributes open data. This platform is backed by a community of people concerned about government transparency and see the potential of Kosovo taking a lead position in the open data movement.

More than just a data catalog, this initiative operates as a lab where students can use and request open data to experiment with in order to implement innovative digital solutions that address local problems. Furthermore, digital actors who interact with Open Data Kosovo will be exposed to enabling technologies in a manner that will strengthen their skills and increase their value in the digital market. We mean to provide a space where students can develop the required motivation and inspiration needed to challenge themselves and acquire strong communication and problem-solving skills all while contributing towards good governance.

NGOs have been the most receptive in collaborating with us to open data and we have already opened up data collected by Democracy in Action, Democracy for Development, and GAP Institute. A few weeks ago we reached a major milestone when the Kosovo Environmental Protection Agency (KEPA) became the first to government institution to join the open data movement by having some of its data hosted in our data catalog.

Check out some of the neat prototypes our team of students have developed in the past month: 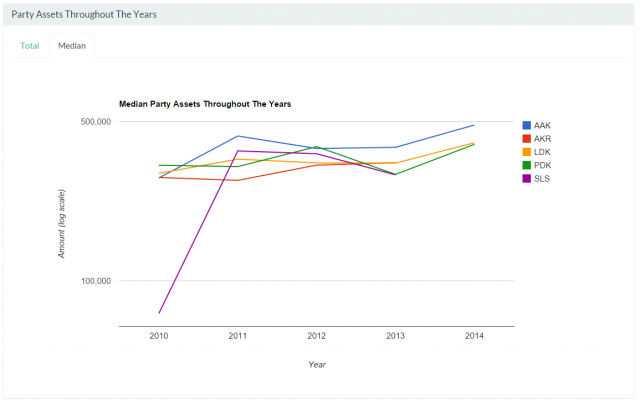 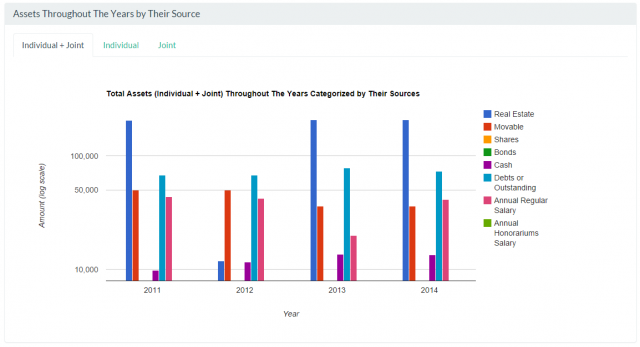 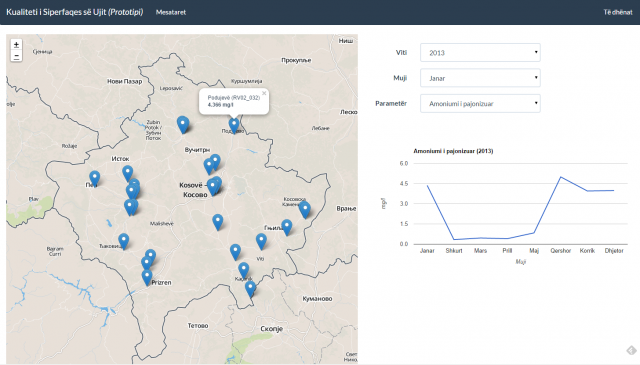 No matter the advocacy and pressure generated by Open Data Kosovo, it is ultimately up to civil society to keep their governments accountable. Activists and watchdogs can help, but popular will is the best and only approach to keep governments in line. With this in mind, we will soon announce an advocacy program to help organize citizens into demanding that government data be opened. Stay tuned!