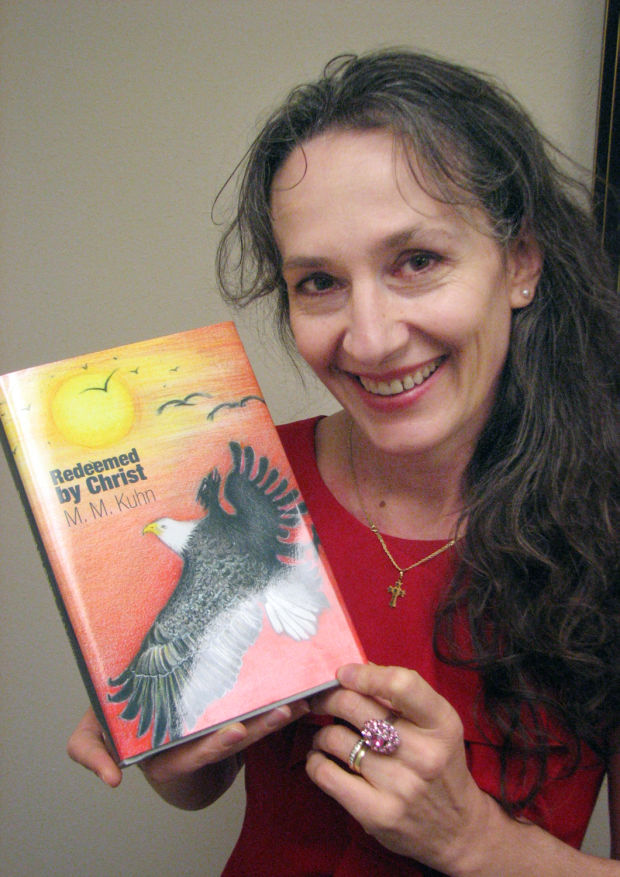 Mirela Kuhn’s way from Albania to the US

Mirela was born in Fier, Albanian and finished her undergrad studies in Electronic Engineering at the Polytechnic University of Tirana. As a young student, she participated in the student uprising of December, 1990 that brought along political changes in Albania. Today, she works as a freelance interpreter and translator. She recently published a book named “Redeemed by Christ.” It is a fictional novel inspired by the love story on how she met her husband Mike.

Mirela was 25 years old when she met Mike. She was working for the Soros Foundation at the time while her husband Mike worked as a U.S. Customs special agent for the United Nations Sanctions Assistance Mission which enforced the oil and weapons embargo on Serbia during its war with Bosnia in 1995. Both of them felt an immediate attachment to each other. Mike fancied Mirela’s bubbly personality while Mirela liked his muscular chest and the fact that he had a car.

Mirela dreamed of marrying Mike in her evangelical church and had her dream come true a few months after she started dating Mike. At this moment, Mike is a retired Homeland Security investigator and lives with Mirela and their three sons in Iowa.

Mirela saw some of the drawings her 17-year old cousin drew on Facebook and asked her to do the drawing for her book. The two-headed eagle represents the Albanian flag and the eagle from the U.S. emblem.

Mirela is connected to Albania through her large extended family and friends there: “It feels like home and is the setting of many of my dreams. I took my three sons to Albania in the summer of 2006 and they remember it as the best family vacation ever. They loved all the attention they got from all the aunts and uncles and still ask me often to take them back for another extended vacation.” For the future, Mirela humbly says that it is her heart’s desire “that God would turn Albanian hearts back to Him and continue to bless her beloved homeland.” She adds: “I am currently translating Redeemed by Christ into Albanian, hoping to touch a life or two with the same love and encouragement Christ gave me, despite my many failures.”

Redeemed by Christ is available through Friesen Press and as an e-book at Amazon, Google, Barnes & Noble.

The following is a quote from the abstract provided on the webpage of Mirela’s book:

“During the post-communist years that defined the early nineties, Mirela, a young, independent, strong-willed Albanian woman, is studying electronic engineering at the Polytechnic University of Tirana. In the midst of her vibrant social life and rigorous studies, as well as the shifting social and political climate, she falls in love with Teo, a medical student, and embarks on a relationship with him, which is continually waylaid by distance, circumstance, family expectations, social conventions, indecision and, eventually, the spiritual evolution and maturing of Mirela. Through the breaking of her heart by experiencing disappointment and loss, her spirit is expanded, thus launching her to new and distant horizons that she could never have foreseen.”

More details on her story may be found under: www.redeemedbychristthebook.com