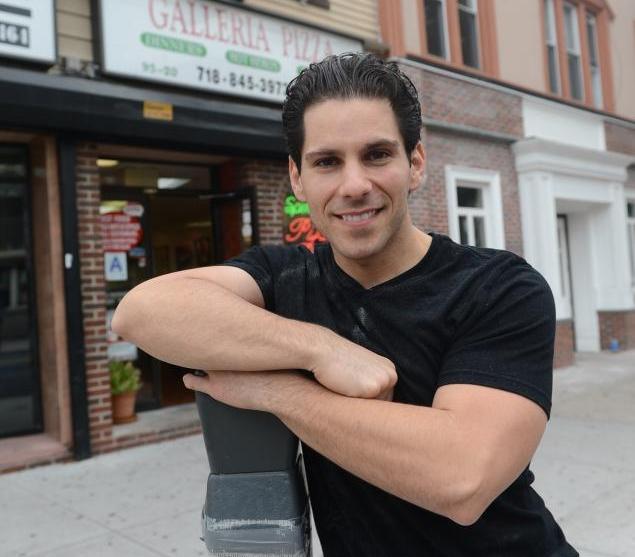 Mikey Boy Movie – A story about an Albanian-American pizzeria worker

Mikel Dusi, star of ‘Mikey Boy,’ set for Times Square premiere on Friday. Film has united the Albanian community — including the nation’s president!

Mikel Dusi, whose semi-autobiographical film “Mikey Boy” opens Friday, shows off the skills that made him one of the city’s legendary Albanian-American pizzeria workers. A pizza boy from Ozone Park is hoping to be the next big Albanian-American star and lift the country’s profile in the process.

Expats of Albania — who emigrated from the Cold War redoubt following the 1985 death of communist dictator Enver Hoxha and subsequent civil unrest — are rallying behind Queens-bred producer Mikel Dusi, 32, who will star in his first feature film “Mikey Boy,” debuting on Friday.

For a country that has dealt with a century of instability and strife, Dusi’s humorous and heartfelt take on the Albanian experience has galvanized one of the city’s most close-knit cultural enclaves. “We’re all excited,” said Marko Kepi, president of the group Albanian Roots, which has been tapping its 5,000 members to make sure the premiere is a sell-out. Films that have portrayed Albanians as kidnappers and criminals such as the “Taken” franchise have put a black eye the Albanian image, Kepi said. And few could forget Hoxha, who ruled the country with an iron fist — or, more actually, a flint one, given that he took the country back to the stone age. The good news is that since his death, the country has bounced back, even joining NATO in 2009. But cultural triumphs in America have been few and far between. “We’re finally looking forward to something positive,” Kepi said of Dusi’s film.

The comedic mockumentary follows Mikey, a pizza shop worker in Queens, as he tries to shop a full-length film across three-continents and wiggle his way out of an arranged marriage in Albania.

The forced union is fictional, but the rest of the plot was borrowed from Dusi’s personal life. The energetic filmmaker has marinara sauce running through his veins after spending his entire childhood slinging slices at the family-owned Galleria Pizza on 101st Ave. in Ozone Park. “I grew up performing behind the counter at the pizzeria,” said Dusi, who now lives in Los Angeles. His filmmaking journey began after his license was suspended in 2010. With no way of getting around, Dusi had to get creative. “When inspiration meets desperation, the rest doesn’t matter,” he said. “I created my own films so I can have the [production assistants] drive me around.” He cast many of his friends from Ozone Park as well as his parents, Joe, 63, and Marta, 53. “Since he was a 4-years-old, he always stood out,” said the proud papa. Albanians are no stranger to making their dough from pizza.

The film, set in a pizzeria, is drawn richly from Dusi’s life. The Albanian community has come out strongly in support.

Pizza empire Famous Famigilia Pizzeria is owned by the Kolaj brothers, who immigrated from the European country. A majority of the shops in the Bronx’ “Little Italy” on Arthur Ave. are Albanian-owned, said Kepi, the Albanian Roots president. “They go from being bus boys to waiters to owners of the same restaurants that they were working in,” said Kepi. Dusi, a “proud” Albanian, went on a tour this week of the U.N. Embassy and met with several dignitaries, meeting with Albania’s President Bujar Faik Nishani at one point. The outpouring of support from his fellow countrymen doesn’t surprise Dusi — it’s the nature of the Albanian culture. “We are a small community. We’ve had communism, war and genocide,” he said. “If we didn’t stick together, we’d be extinct.” Long-time friend and “King of Queens” actor Larry Romano told Dusi he was “crazy” for trying to produce his own film. The two shared a celebratory slice at Galleria on Wednesday, which was prepared by Dusi. “I give him a lot respect, he made it through,” said Romano. “He’s got talent.”