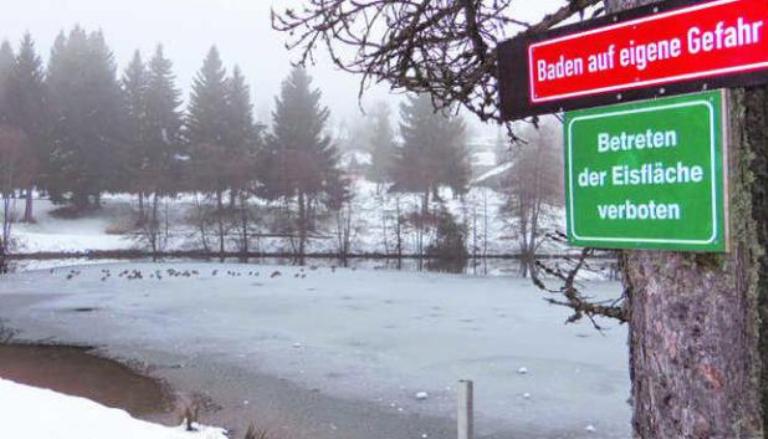 Krasniqi to save the day!

Only Hekuran Krasniqi proved to be quick with his mind and feet at what was about to become a local tragedy when a young boy of three years found himself drowning on the icy Herrischried lake.

None of the bystanders proved to be as brave as Hekuran when a three year old accidentally sled into the icy lake and quickly started drowning.  The 38 year old Kosovar decided it was up to him to jump into the lake and save the unknown child thus saving a precious life. Hekuran had been driving to his nieces birthday when he noticed a big crowd of people by the lake observing as the child held on a piece of ice in the middle of the lake.

“I noticed that the lake was not completely frozen and that there was a child at the center of it. None of the people around were intending to take any action since they were waiting for the firemen to come an intervene.  I saw the mother and her worry, she was helplessly waiting near the lake and asking people to save the child” explains Mr. Krasniqi.

Quickly, Hekuran noticed that precious time was passing by thus he decided to act. He went nearby and picked up a long ladder and organized the men to hold it still while he stretched it up to the piece of ice where the child was located. He got on top of the ladder and realized that his weight was pushing the ice further down. “The problem was that while doing this, my body weight was working against the plan, so I decided to jump into the icy water and reach for the kid”. Hekuran reached for the boy and held him with one hand, keeping his head above the water and swimming with the other. Words cannot express the gratitude on the mothers face, humble Hekuran only jokingly complained that he is now required to drink warm tea to avoid a possible cold.

After everything went back to normal, Hekuran is happy that the boy survived the incident without any serious injury. “I am a father of two kids myself,I can only imagine the terror and suffering the mother went through that day…”

Hekuran Krasniqi has already become a local hero, thus bringing a positive contribution to the greater image of the Kosovar Diaspora in Europe. It is acts like these that prove once again that the Kosovar diaspora brings a lot more to the host country than the exotic names and rites, the diaspora proves once again that people are the same everywhere and that life is precious.