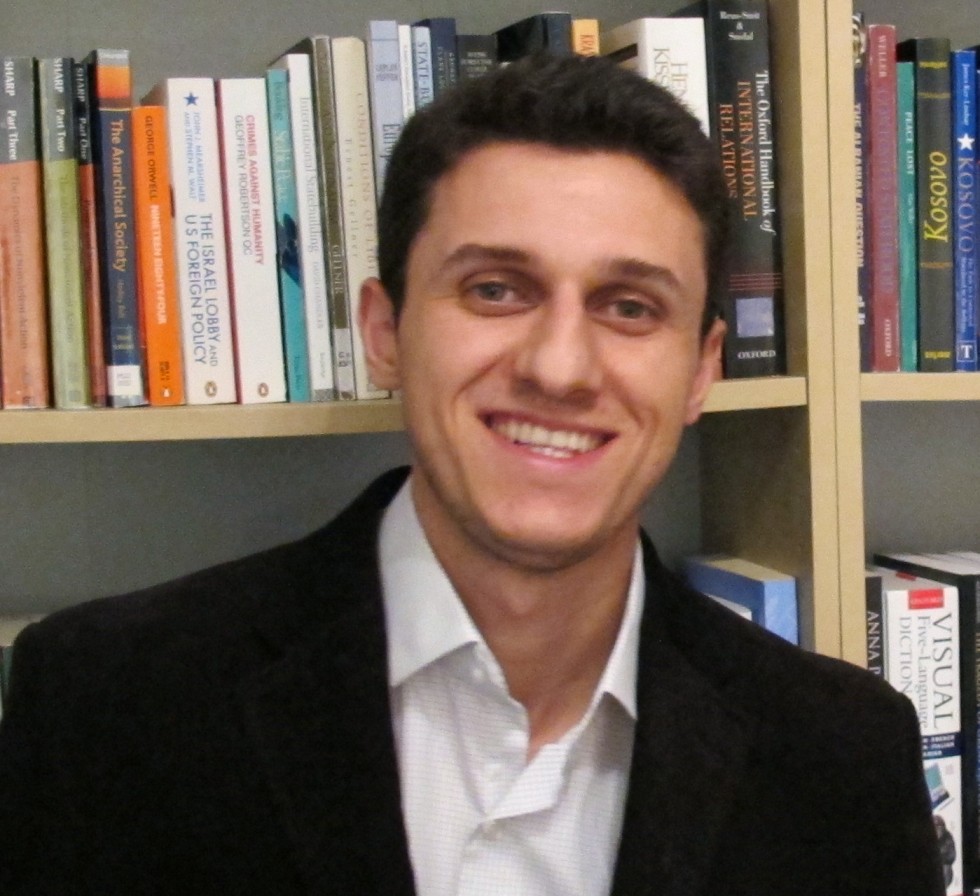 Kosovo’s education gap due to conflict and isolation in the 1990’s, has started to fill with the young generations. Gëzim Visoka is one of the many receiving his doctorate degree in Politics and International Relations in Dublin, Ireland. As a child he lived through war, transition and development; now Gëzim has been trying to understand these phenomenons and aid the field of politics with his theories and ideas.

Gëzim Visoka is completing his doctorate studies in Politics and International Relations at Dublin City University in Ireland. He completed his MA in European Politics at the University of Sussex with distinction where he was an OSI/Chevening Scholar.

Gëzim was born in Podujevo in 1986, where his childhood and political awareness was shaped profoundly by the rising tensions during the 1990s, the war and international intervention in 1999 and the subsequent international administration of Kosovo.

Between September 2009 and July 2010 Gëzim studied for an MA in European Politics at the University of Sussex. This marked the beginning of his academic commitment to study critically the practices that shape peacebuilding dynamics in divided, fragmented, and post-conflict societies. Accordingly, his societal contribution now extends beyond Kosovo to promote best practices in other countries experiencing international administration.

As part of his doctoral research, Gëzim is advancing the theoretical and empirical understanding on the unintended consequences of extensive and protracted international governance of post-conflict societies. Parallel to this, Gëzim is engaged with core academic debates on the limits of liberal peacebuilding, ethics of international governance, and the peace prospects in post-conflict societies. There he is bringing his local and critical perspective from Kosovo, which is adding value to the academic inquiries on peacebuilding dynamics.

Of particular relevance, his work on Kosovo has examined the role and impact of the multiple, complex, and overlapping international governance structures in Kosovo and how they have affected the prospects for sustainable peace. In his recent journal article published in the well-known journal Civil Wars, Gëzim has revealed how the complex, overlapping, and fragmented international presences in Kosovo have negatively affected the situation in the north of Kosovo, have delayed the establishment of the rule of law, and consequently impacted over the gradual recognition trends. Gëzim’s research published with the Journal of Intervention and Statebuildingreveals also the unaccountable and irresponsible governance practices among the international organizations present in Kosovo, which effectively downgrades their legitimacy, ethical commitments, and credibility. Earlier in 2010, Gëzim has researched the justifications of states for recognizing Kosovo’s independence and has advanced the theoretical and analytical understanding of new forms of state recognition in world politics.

This articles have been published in prestigious scholarly journals, such as: Civil Wars, Journal of Intervention and Statebuilding, Journal of Peacebuilding and Development, Irish Studies in International Affairs, Journal on Ethnopolitics and Minority Issues in Europe, and Journal of Conflict Transformation and Security.

In line with this commitment for societal responsibility, Gëzim has recently been involved as Research Director with the Kosovo Institute of Peace, a newly established think-tank in Kosovo, which is working in advancing peace in Kosovo and the wider region.

His research and publications can be accessed in his personal webpage: www.gezimvisoka.com.

Some coverage on Gezim Visoka’s work, taken from his personal website

October 2012
Presenting at the Conference ‘In Search of Peace: Dialogues between theories and practices’, Europan Science Foundation and LIU, Norrkoping, Sweden, 20-24 October 2012.

Discussant at the Conference ‘Economic Development and Political Transition in Kosovo‘, hosted by the American University in Kosovo, Prishtina, 12-13 October 2012.

September 2012
Presenting at the Conference ‘Civil War and the State-building Challenge’, hosted by the Institute for Conflict, Cooperation and Security, University of Birmingham, 17 – 18 September, 2012.

Presenting at the Conference ‘New Frontiers for Peacebuilding: Hybridity, Governance, and Local Agency‘, hosted by the Humanitarian and Conflict Response Institute (HCRI), University of Manchester, 13 – 14 September, 2012.

July-September 2012
I will spend this summer as a Visiting Scholar at the American University in Kosovo, where I will complete my field research, share the knowledge with local faculty, and co-organize an international academic conference on the political economy of peacebuilding in Kosovo.

Gave an interview to The Journal [ www.thejournal.ie ] on the future of Kosovo after its closure of supervised independence this year. Full article available here.

June 2012
‘Language Politics in Post-conflict Kosovo’, presented in an AHRC workshop on languages and NGOs, part of the project run by the University of Reading. ‘Languages at War: policies and practices of language contacts in conflict’, Royal Society of Arts, London, 22 June 2012.

May 2012
‘The Politics of Regional Reciprocity: A Discursive Analysis of the 2011 Census in the Western Balkans’, presented in the RRPP Annual Conference, 25-26 May 2012, Sarajevo, Bosnia and Herzegovina. (With Elvin Gjevori).

April 2012
‘The Discourse of Unintended Consequences in State-building Research’, presented on a Post-Graduate conference in the “The Social and the Political in Discourses of State-Building”, The Department of Politics and International Relations, University of Westminster, 27th April 2012.

March 2012
‘The ‘Kafkaesque Accountability’ of International Governance in Kosovo’, seminar presentation in the Center for the study of Wider Europe, NUI Maynooth, Ireland, 7th March 2012.

May 2010
‘The Independence of Kosovo: A Case of ‘Remedial Sovereignty’’, presented in the academic conference “After the Melting of Frozen Conflicts: Systemic Transformations and Legitimation of Secessionist Bids”, 28-29 May 2010, University of Tartu, Estonia. (with Grace Bolton).