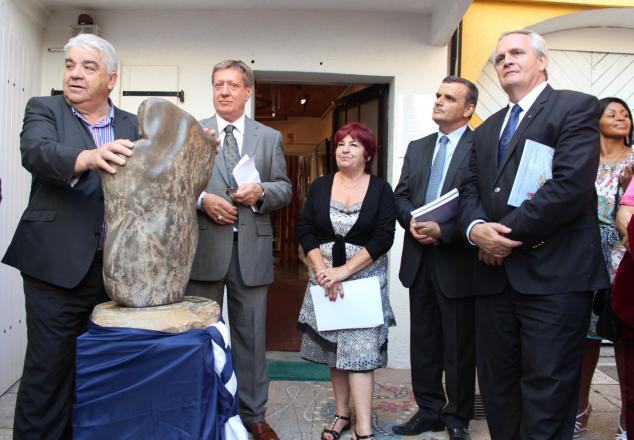 The works of 13 artists from Ferizaj, Kosovo were presented in the exhibition gallery opened in Villamagna. This was also the inauguration of the sculpture “Traces” – a gift of Kosovar artists for the host municipality.

Ville-la-Grand is a charming French town near the border of Switzerland (closest to Geneva). As everywhere else, many of our compatriots live and work in this town and on both sides of the border.

The 13 painters represented the artistic community of Kosovo in the exhibition that was opened last week. The organizers invited Kosovo artists for a return visit, after a visit to the exhibition that French artists did two years ago in Ferizaj. Initiator in both cases has been Gani Bytyçi, a painter who lives in Switzerland and who is a member of the association and gallery in question.

The exhibition presenting the artists from Ferizaj, will remain open until July 20.