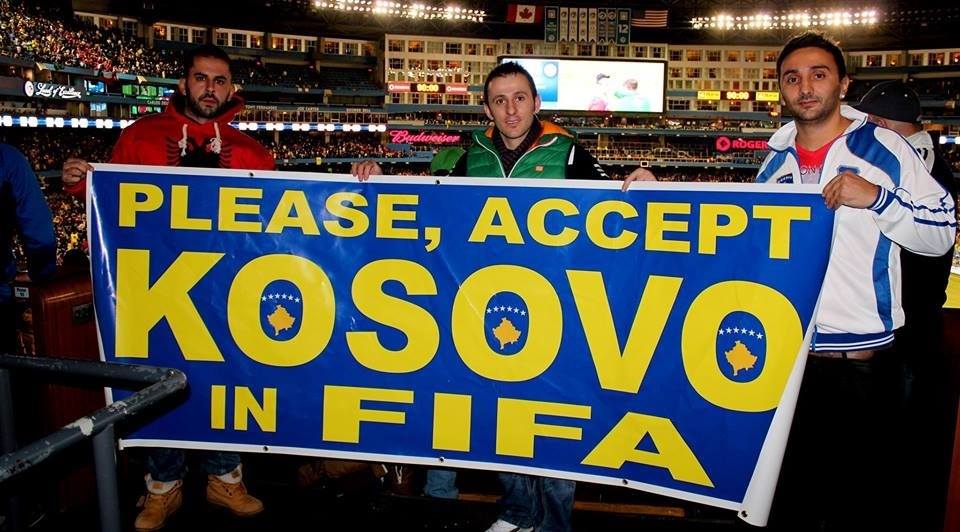 It’s not just the Kosovo Football Federation (FFK), and other local institutions that are currently lobbying for the internationalization of Kosovo’s football team. This ‘duty’ has also been taken by our fellow countrymen living and working in various counties of the world. They are showing the banner “Please, Accept Kosovo in FIFA” on the football stadiums and different sporting events that take place around the world. Similar lobbying tactics are seen in Turkey, Germany, Switzerland, Austria, Poland and along with other countries. The fans in Toronto explained that once, “they found out that the match between Brazil and Chile would be held in Toronto, they would write a message to address FIFA.” Moreover, they continued explaining that, “within our possibilities, we tried of lobbing for the recognition of Kosovo by FIFA. Especially ahead of the forthcoming meeting between the Kosovar and Serb’s football executives,” he stated. The request from the executives of Kosovar football, to play friendly matches with the national team, has continuously been dragged by FIFA, for many years. This also occurred because of the pressure Serbia has been putting on the highest football institution in the world. However, it’s expected to be found a solution between the executives of the Kosovo Football Federation and the Serb ones, for the future of our country’s football, in the end of this month. Whereas FIFA will have the final say in the beginning of December, when the meeting of the Executive Committee will take place.