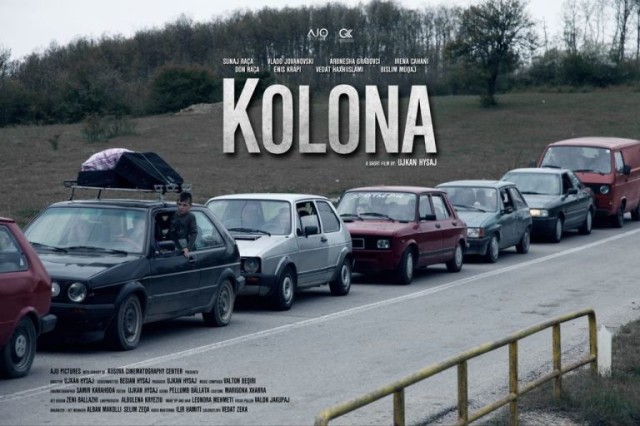 Recent trends have proved that young Kosovars have a lot to offer to the global culture. Be that of intellectual value or strictly artistic, from Rita Ora to Ujkan Hysaj, Kosovars are slowly brining important contribution to the global Art community.

“Kolona” by the young Kosovar director/producer Ujkan Hysaj, has won the grand price, “Goldener Einhorn”, of the 28th short film festival „Alpinale Kurzfilmfestival”, at Nenzing, Austria, that has ended on Saturday. The price has a great value due to the competition that it produces where there have been 824 shown movies.
The festival jury, has rated the movie as superior in comparison with its competitors.
“The movie, superior to its competitors, has managed, from its initial seconds to produce constant tension”- claimed the jury. The main theme of the movie deals with the war in Kosovo, the swiftness of people when deciding upon issues towards the conflict.
The leading chair of the five people jury was the theater director Brigita Soraperra, also including other members such as Stefan Pohl, actor and producer, Thomas Taborsky, movie critic, and producers Felix Kalaivanan and Joan Sanchez Arroyo. All the jury members have expressed their enthusiasm towards “Kolona” albinfo.ch.
The festival motto this year has been “Short and Good”, referring to the short movie category. (R.M)