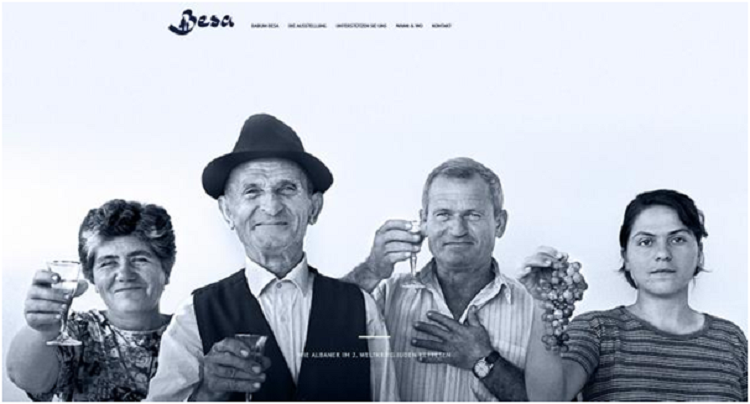 In the name of “Besa”: How Albanians saved Jews during WWII

The embassies of Albania, Kosovo, and Israel in Switzerland are collaborating on the “Besa” project. The project aims to remind people that Albanian Muslims and Christians saved Jewish people in the name of the “Kanun” (Albanian code of honor) during the Holocaust. Several exhibitions will take place in different cities in Switzerland and other European countries in 2014.

Last Saturday, the embassy of Kosovo in Berne invited Albanian and Suisse businessmen to promote the “Besa” project, on which the three embassies are working closely together. An exhibition of the Albanian courage from the “World Center for Holocaust Yadvashem” inspired a small group of Suisse intellectuals and promoters to present rare photos and interviews to the Suisse public. The title “Besa,” refers to a fundamental concept in the Middle Age code of honor (Kanun) from Lekedukagjini and has become a part of Albanian culture; it means the promise or the given word and obligation for an Albanian to open his door to any guest. According to a traditional Albanian saying, “The house belongs not only to the owner but also to the guest.”

For the ambassador of Israel to Switzerland, Mr. Yigal Baruch Caspi, the project offers not only the opportunity to affirm the friendship between Jewish and Albanian people but also to highlight an element of history in which Albanians hosted Jews against the will of the fascist regimes, despite the risks. It was the catalyst to a friendship initiated by the Albanian people which Israel honored and affirmed by hosting 300 Albanian refugees during the Kosovo war of 1999. According to Ambassador Caspi, it is also very important to stress that Muslim Albanians helped the Jewish people.

The “Besa” group is in the promotion phase and is interested in working with new, curious people who would like to be part of the exhibition in Switzerland or help expand it to other countries.