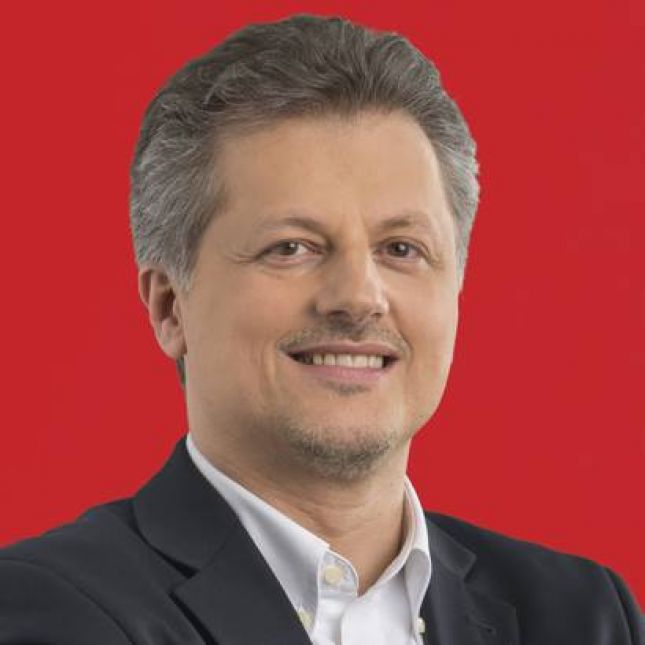 Amet Gjanaj won a seat in the Belgian Federal Parliament as part of the Socialist list. He is also Municipal Councilor of Molenbeek Commune, the President of the Cultural Association “AlbaBel” and the President of the Albanian Businessmen’s Association in Benelux. Gjanaj was born in 1968 and he is from Kukes, Albania. During the European Elections of this year, he was the candidate from the Socialist Party.

Amet is constantly committed to Albanian emigrants question and diversity values in Belgium. His slogan during National Elections was “The Economy in the service of citizens!” Laurette Onkelinx, the Deputy Prime Minister – Minister of Social Affairs and Public Health in the Belgian federal government has a great appreciation for him, too. In 2009 elections, Gjanaj remained outside the Parliament because of 160 votes only, gathering 2853 votes.

After years of being involved in politics on local and regional levels, the Albanian politician finally won a seat in the Federal Parliament of Belgium. It is the first time that the Albanian community will be represented through a deputy in the Bruxelles Parliament. He will begin in September Amet Gjanaj of Kukes origin is expected to make an oath at the start of the new legislature.

“The fact that I won this seat is a miracle. I was the last candidate that reached the quota to enter the Parliament and this happened only because of a 10-votes difference. I gained 3380 votes, while the other candidate gained 3370 votes. It will be a novelty that our community will receive subventions from the Belgian state because of the influence of a deputy of Albanian origin”, noted Gjanaj for “Top Channel” television.

Belgian outdated information system crashed Sunday midnight, when the country was organizing, for the first time, regional, federal and European elections in a single day.

Belgian Interior Ministry, which manages the regional elections, formally published results but their certification, as Gjanaj said, is blocked by the Electoral Commission because of the appeal of a right-wing candidate of Turkish origin.

“A commissioner, apparently associated with this candidate, refuses to sign the record. Namely, things that we have seen in Albania are now taking place in Belgium, which is a novelty,” says Gjanaj.

Two other Albanian candidates who competed for the right wing lost in the regional battle. Elona Zhana from Tropoja got only 510 votes for CDH, while Burim Demiri from Kumanova got 1,125 votes for the Federation of the Francophonie, strengthening his position in the party, writes “T.Ch.”.