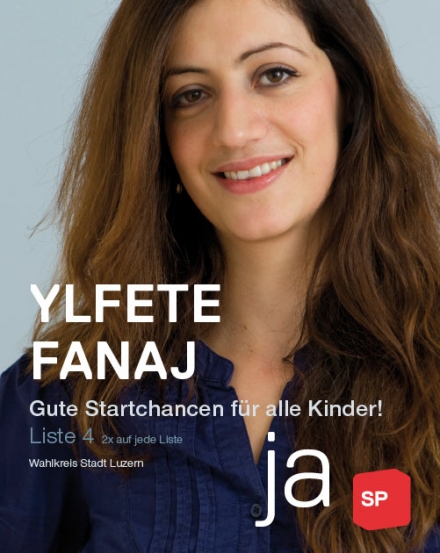 Mrs. Fanaj has been active in politics for a long time (Since 2011) as a member of the Social Democratic Party in the Parliament of the Canton of Lucerne and the first Albanian woman in Switzerland on the cantonal elected for parliament and municipal assemblies. For a while Ylfete Fanaj has also been president of the organization [email protected] at Switzerland, where she actively engaged in improving the social life of Albanians in Switzerland.