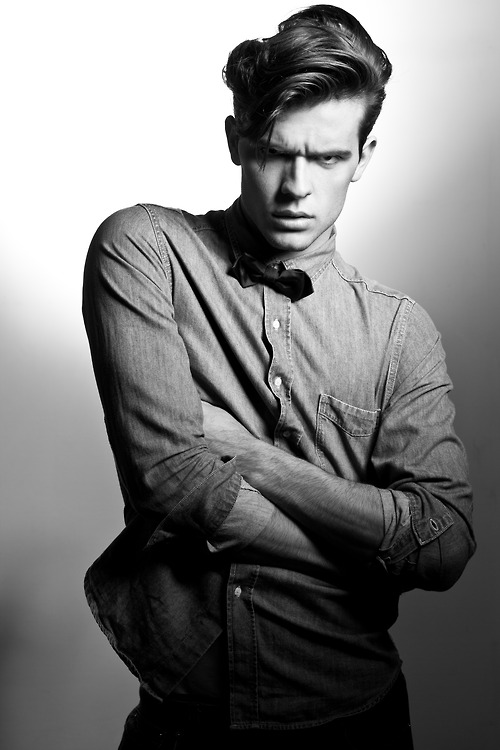 Edison Kelmendi is breaking though in the fashion industry thanks to his charming looks. Even though he is only 22 years old, Edison Kelmendi worked for the famous and recognized designers such as Versace and Guess. Kelmendi started his career in Switzerland where he is considered to be one of the most booked male models according to Fashionpistols.ch.

Edison Kelmendi is born in Gjakova from where he moved to Switzerland when he was only a year old. Kelmendi was encouraged to apply to a model agency by his father, an amateur photographer who loved taking photos of his son. Kelmendi got his first modeling job during the Fashion Days in Zurich where he gained his first runway experience. He still gets nervous before a show and he states in the interview that he believes that you lose the sense of fun for the profession once you stop being nervous before a show.

Kelmendi’s role-model is Jon Kortajarena about whom he says: “It is amazing how much he has already achieved.”

Kelmendi has been working all around Europe and is currently in New York for the New York Fashion Week. This dedicated young model aims for New York when he thinks of how far he can go in the modeling world. He hopes to be on the cover of GQ magazine one day and would love to walk for and be photographed by the famous Karl Lagerfeld.

Kelmendi talked about his friendship with the photographer Fadil Berisha for the albinfo.ch. He says: “I do not have any concrete plans with Fadil Berisha although I appreciate him very much and truly value him as a man, especially for his creativity and a great passion for photography. I would like to pose for him because we have a very good connection besides being good friends.”