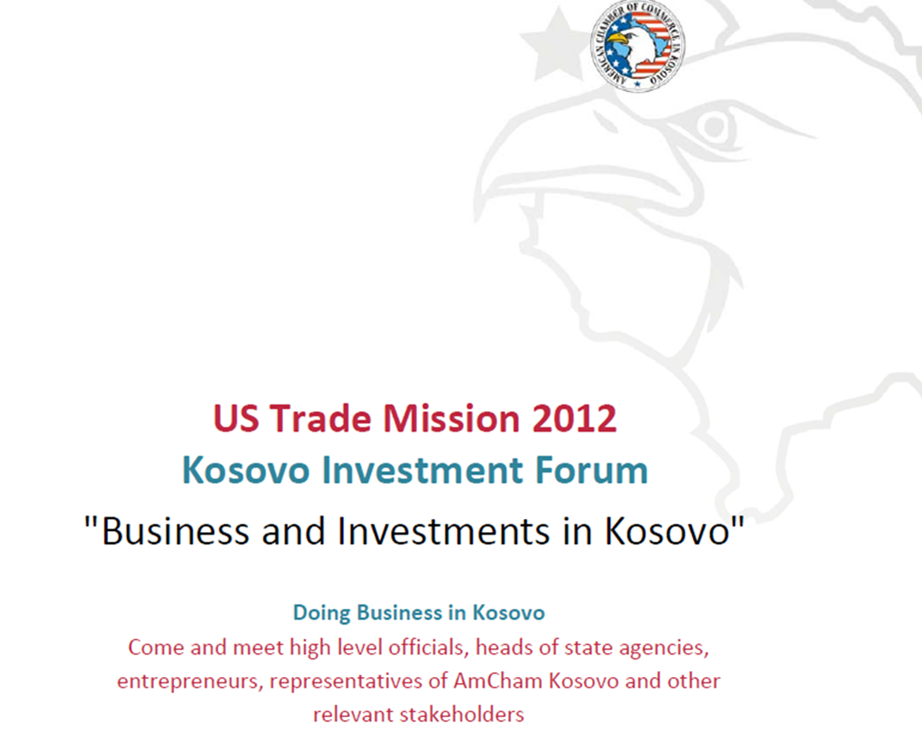 Doing Business and Investment in Kosovo: Conference in Washington DC

This week, the United States will be a host to a series of Kosovo related events. In addition to the National Albanian American Council (NAAC) Gala dinner, the John’s Hopkins event on  “Kosovo Unsupervised:  the Path to Europe,” the American Chamber of Commerce in Kosovo will organize a business forum in Washington DC called “Business and Investments in Kosovo.” The conference is supported by the Kosovo Investment Promotion Agency, Ministry of Diaspora, Ministry of Foreign Affairs of Kosovo and the Kosovo Embassy in Washington DC. The conference will be held in Washington DC, on September 24, 2012.

The organizers said that the Conference will feature presentations form senior Kosovo representatives, including the Prime Minister of the country, Minister of Trade and Industry, Kosovo Privatization Agency, Ministry of Finance Public‐Private Partnership Unit on the potentials for investments in Kosovo. Present at the conference will also be the Kosovo Minister Diaspora Ibrahim Makolli.

AmCham Kosovo will also present at the Conference the Study on Case for Investing in Kosovo, which will include quantitative and qualitative data on why Kosovo presents a good economic destination for US business to expand their operations and investments, as well as the instruments for protection of investors in Kosovo.