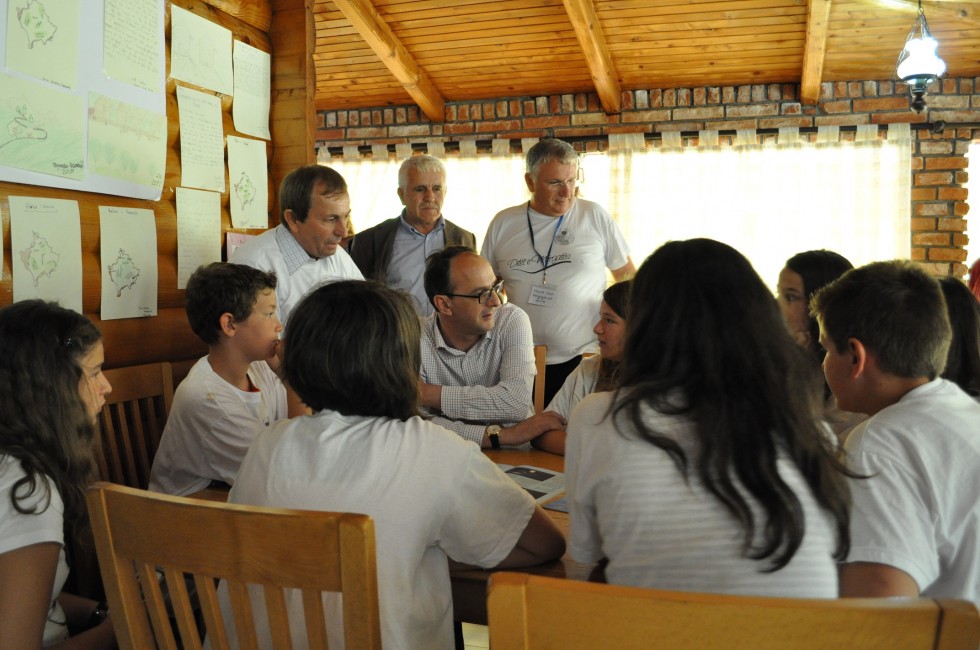 Diaspora Students Attend Summer School in the Mountains of Kosovo

Minister of Diaspora, Mr. Ibrahim Makolli visited the summer school “To Know the Homeland,” which is being held at the Rugova mountains . The school is attended by more than 40 students who are a part of the Albanian school in diaspora, from countries such as Switzerland, Germany, Austria, France and Norway.

Minister Makolli in his visit had the opportunity to negotiate directly with students and learn firsthand from lessons and activities that are performed during these days. Minister Makollli informed the students with the nature of classes, countries that have visited, history of  cities like Peja, Deçani, martyr graves in Prekaz, Koshare and Gllogjan, Prizren, Gadime cave etc. Children stated that the attendance and visits were very useful at understanding their parents homeland, national traditions and historical values ​​of Kosovo.

Minister Makolli said that “we are trying through these forms, courses, schools, excursions, enable our children from diaspora to know each other, with their peers in Kosovo and visit places that make the history of Kosovo”.

Students presented paintings that they have been working on these days and artistic program of poetry, songs and Albanian dance.

The summer School “To Know the Homeland” is a traditional event, taking place annually,  and is being held within traditional manifestation of the “Days of Diaspora 2013″.