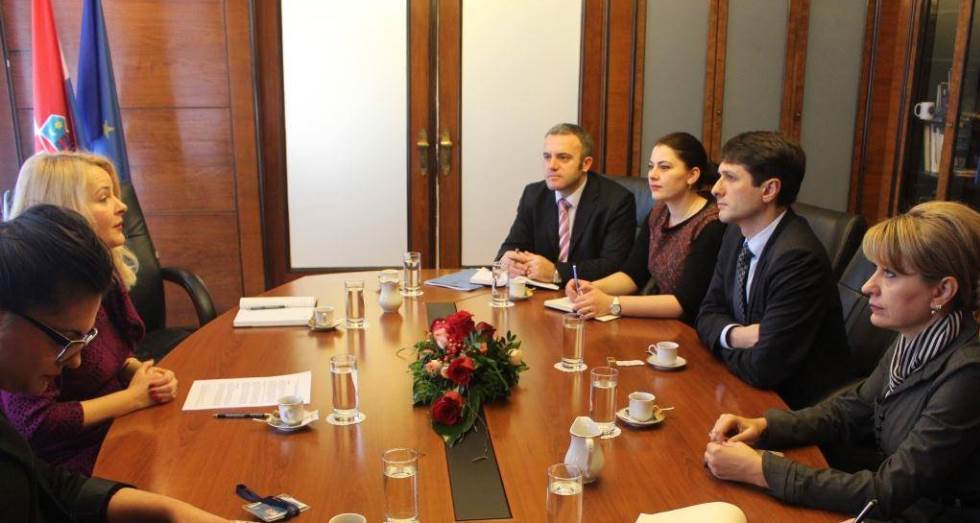 Diaspora Ministry Set To Further Integration of Albanians in Croatia

Diaspora Minister, Mr. Valon Murati has held a meeting with the Croatian Deputy Minister of Culture, prof. Berislav Shupiq, and discussed future initiatives in furthering cooperation between the two countries. In particular, fields such as preservation of cultural heritage, language and national identity, as well as the possibility of initiating cooperation agreement for the opening of cultural centers in Kosovo and Croatia, have been the highlights of the meeting.

Minister Murati informed Mr. Shupiq over the objectives of the Kosovar Ministry of Diaspora in the field of preservation and promotion of Diaspora’s culture and its integration in the host countries. Furthermore, this meeting has put emphasis on the need for exchange of good practices between countries and initiatives that seek to benefit the Albanian community living in Croatia. Furthermore, Minister Shupiq has also offered assistance on his behalf by engaging the Institute for Restoration of Cultural Heritage Objects towards capacity building of Kosovo’s cultural institutions.