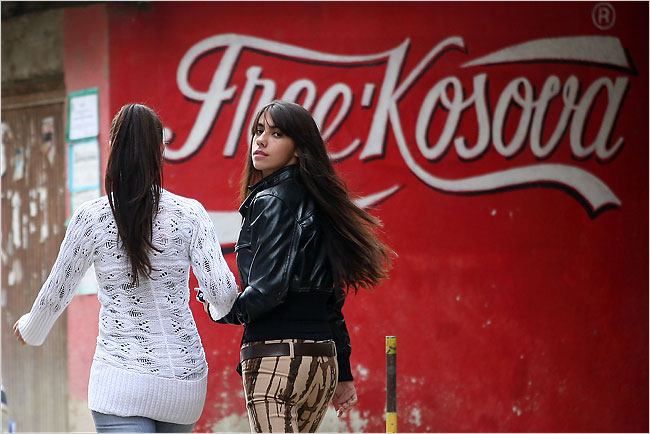 Diaspora: A stranger abroad, a visitor in Kosovo?

“A stranger in the Diaspora, visitor here”: Report on Kosovo’s diaspora in M-magazine edition

The city of Mitrovica reanimates during the summer by compatriots who come for vacation at home, while in the rest of the year is as “dead city”. Besides family members, merchants and shop owners are the ones who are most glad for their arrival here, coming by car from Switzerland, Germany, Austria and other countries.

“We find it difficult, because we have invested big money in luxury houses, children do not want to return to Kosovo, while as years go by we rarely come”, Ibrahim Shatrolli, 48, from Mitrovica, living in Helsinborg of Sweden with his wife and five children, begins his story.

He evokes memories of the difficult life of 30 years ago, which forced him to go to various European countries for a better life, whereas since 1992 he lives with his family in Sweden. According to him, life in Sweden is good and he is satisfied with the income as a driver of the company DHL TNT, which deals with transportation of various goods from Sweden in various European countries.

“Everyone here just see beautiful houses and cars, not considering how hard we work “We come here to relax, rest, spend … but I repeat, we work hard, adding he could not return to Kosovo, if his kids do not want to remain there. Sometimes we get tired, because we are stranger there, visitor here”, Shatrolli said among other things.

While talking on expensive leather set of furniture, where all rooms are well regulated, with dominant colors of red and Byzantine style, spouse Sabrije Shatrolli, says this is not a unique and unusual luxury, but something very normal. She speaks well about life in Sweden, but criticizes divorces that occur there.

”Women are special story. In most cases they have gone uneducated and brought up in patriarchal families, while there the economic independence has given them wings, so this is a reason why there are many divorces. None of them wants to return”, Mrs Shatrolli told M-Magazine.

Regarding the return to Kosovo, she seemed to be skeptical. “What usually happens in the end is that when we reach the long-awaited retirement, then grandchildren come to life, and we can not imagine our lives without them, so the issue of the return to Kosovo remains a reserved issue,” Sabrije Shatrolli said.

Albina, the third child of the couple Shatrolli, has finished primary school and is now enrolled in medical school because she wants to become a successful doctor. Besides Albanian that she speaks fluently, she also can speak Swedish, English and Spanish..

“I love Kosovo a lot because it is my father’s birthplace, but I would rather live in Sweden,” Albina said with low voice, not wanting her parents to hear this.

Other Mitrovica families that are staying these days on vacation in their homeland unfortunately expressed almost similar opinion, adding among other things that Kosovo people have created a wrong opinion about those working in Western European countries, seeing only their own interests.

“To go abroad one must have money to pay and to help anywhere, whether or not you have real opportunities. Certainly one must contribute more to the institution or political party to which he/she belongs. One has to give more money for sewerage, roads, mosque, school, teacher, doctor. So, whenever it is required to contribute, our diaspora man is in the first place,” Lirije Azemi, who has been working with her family for more than 20 years in Germany, said.

Perhaps, she added, this is the only “privilege” that was offered to diaspora people during summer vacation. This is a sad side to look at iaspora people in Kosovo through the prism of individual interest. She stressed that in most cases they are “called” to pay everywhere, in restaurants, parties, weddings, circumcision and other family ceremonies.

”It is not the problem that people here can not afford a cup of coffee in sign of the respect toward us, and certainly they do not lack the will or desire to do so, but it is a wrong opinion that has become a tradition that those, who come from abroad, have money and must pay every time and everything, “she said, adding that she has got tired from traveling, saying she feels as guest here, and a foreigner in Germany.