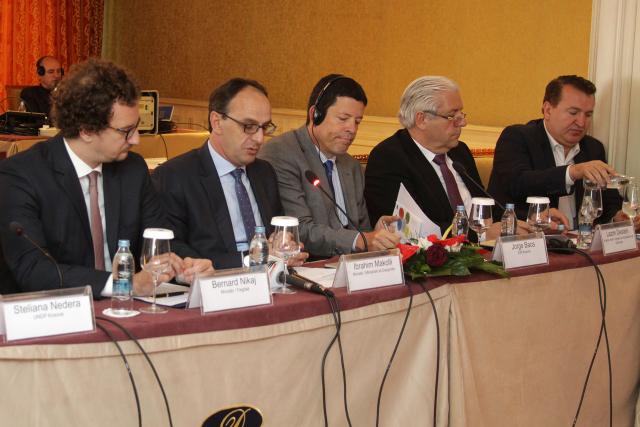 Businessmen from the Diaspora, welcomed in Kosovo

“Forum for the Establishment of the Union of Diaspora Business” was held during May in Prishtina, attended by more than 50 entrepreneurs of large companies from Europe and the United States.

The Ministry of Diaspora, as the initiator of the project, for three days was the host of businessmen from the Diaspora during multiple visits to Kosovo municipalities where they were introduced to the possibilities of doing business in Kosovo.

“Ministry of Diaspora together with members of the Diaspora itself, in order to participate more directly in the development of the country’s Diaspora, has managed to identify the best forms of interaction. In this context, we have started the establishment of the Diaspora business networks.”

Minister of Trade and Industry, Mr. Bernard Nikaj, on the other hand, emphasized the need for investment of the Diaspora businesses in the Republic of Kosovo and expressed the commitment of the ministry he leads in the creation of numerous facilities for all entrepreneurs who have projects to help the Kosovo economy.

Two successful businessmen, Mr. Lazim Destani and Mr. Elmi Berisha, representatives of business networks in Europe and the United States, expressed their willingness to further exploration of the Kosovo market, while also urged other businesses from abroad to become part of the Union, an initiative considered as extremely important.